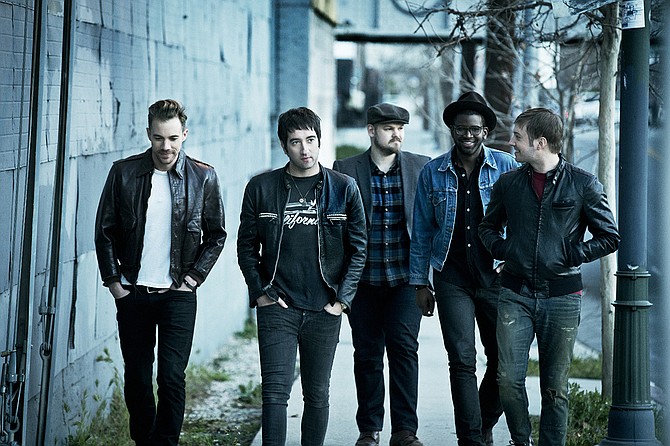 The Mississippi State Fair is never short on activities to keep visitors occupied, between the carnival games, livestock shows, rides and food—oh, so much food. One of the biggest attractions, however, is its star-studded musical lineup. Here's a rundown to get you ready for this year's headlining acts.

There's no such thing as an overnight sensation, but country band Brothers Osborne comes pretty close. Siblings T.J. and John Osborne released their first single, "Let's Go There," in 2013, and it reached No. 36 on Billboard's Country Airplay chart. The duo's debut full-length, 2016's "Pawn Shop," peaked at No. 17 on the Billboard 200 and No. 3 on the Country Albums chart. The band's stop in Jackson falls in a string of state fair and festival performances preceding a major tour of the United Kingdom.

The state fair's second headliner hails from somewhere closer to home. Vicksburg native William Michael Morgan is a relatively new face to the country-music spotlight, but he's done a lot with a little time. His debut single, "I Met a Girl," came out in 2015 and reached No. 2 on the Country Airplay chart and led the way for his 2016 album "Vinyl," which peaked at No. 5 on the Country Albums chart.

Skillet has been a presence in the Christian-rock realm since forming in 1996. Today, the band has two platinum records, 2006's "Comatose" and 2009's "Awake," and two Grammy nominations. Skillet received three nominations at this year's Billboard Music Awards following its hit 2016 album, "Unleashed." This concert is part of the Air1 Positive Hits Tour, with ticket prices ranging from $20 to $50, but the event also includes performances from artists such as Britt Nicole and Colton Dixon.

Like many legendary music groups, The Temptations have taken numerous forms over the years, but founding member Otis Williams still leads the lineup at 75 years old. The group has won seven Grammys, including a Lifetime Achievement Award, and its lengthy list of hits includes "My Girl," "Ain't Too Proud to Beg" and "Just My Imagination."

While the Oak Ridge Boys have existed in one form or another since the 1940s, the current members of the vocal quartet joined forces in the 1970s. Over the past five decades, they've had 34 top-10 country tunes, including "Elvira," "Bobbie Sue" and "American Made." Their most recent release, 2015's "Rock of Ages: Hymns & Gospel Favorites," peaked at No. 26 on the Country Albums chart.

It's rare that a song becomes so ubiquitous that it spawns a meme, but "Hey There Delilah" did just that for Plain White T's. However, the Illinois pop-rock group's repertoire runs much deeper than that. Since forming in the late 1990s, the group has released seven albums, the most recent being 2015's "American Nights." Plain White T's put out a new single, "Land of the Living," in April of this year.

After 16 Grammy Award nominations and no wins, Brian McKnight is a bit like the Leonardo DiCaprio of R&B. However, the New York-native singer, songwriter and producer has plenty of major hits to his name, including "Back at One," which peaked at No. 2 on Billboard's Hot 100 and stayed on the chart for 37 weeks. McKnight released his 14th studio album, "Genesis," on Aug. 25.