Love and the Lavender Pen 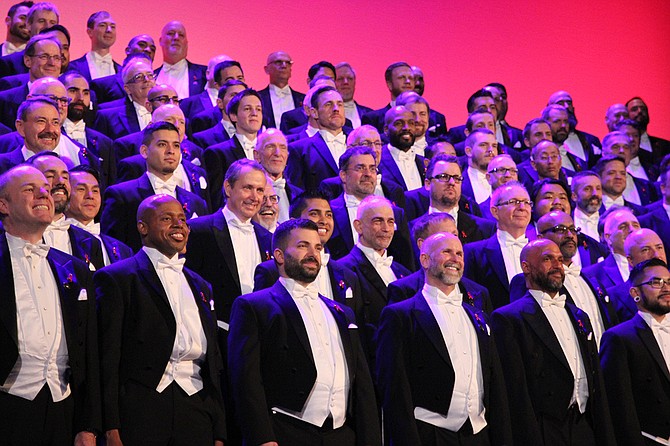 The shooting at Orlando nightclub Pulse in June 2016 was a shock to Chris Verdugo, as it was to members of the LGBT community and supporters around the country.

However, for the Florida native, it was also a call to make a change.

"When I heard about the Orlando massacre, it really affected me, and I don't think I even knew quite how much it affected me until the next day," he says.

Verdugo, who had been the executive director for the Gay Men's Chorus of Los Angeles for five years, began thinking about the comfortable life decisions that he was making. Meanwhile, there were 49 people who died in Orlando and would never make a decision again, he says.

A few days later, he learned that the San Francisco Gay Men's Chorus, which was the United States' first openly gay choir, had begun searching for an executive director. Verdugo says that, through his work with the GMCLA, he had gotten to know SFGMC Artistic Director Tim Seelig and learn about the chorus' work, and knew it was the right place for him. In late June 2016, the SFGMC appointed Verdugo as its new executive director.

This year, the chorus enters its 40th season, but instead of its string of international shows planned for next year, the SFGMC is launching the landmark season with a tour of the southern U.S. Verdugo says that Steve Huffines, chairman of the board of directors, brought up the idea less than a day after the presidential election.

"(Huffines) said, 'What do you think about canning all our international travel for 2018 and instead focusing on an area of our country that we know is already undergoing a great amount of turmoil?'" Verdugo says. "We now know, ... under this new administration, it's going to get rougher. We just didn't know how rough."

Ultimately, that idea laid the groundwork for the eight-date Lavender Pen Tour, which also features the Oakland Interfaith Choir and kicks off with several events in Jackson on Sunday, Oct. 8. That morning, the Oakland Interfaith Choir will sing at St. Philip's Episcopal Church (5400 Old Canton Road) at 10:30 a.m., and SFGMC will sing at Fondren Presbyterian Church (3220 Old Canton Road) at 11 a.m.

The tour's stop in the capital city will culminate in a concert at Thalia Mara Hall, with the New Orleans Gay Men's Chorus as guests. Proceeds will go to the AIDS Services Coalition, Human Rights Campaign, and ACLU of Mississippi's Transgender Education and Advocacy Program.

The Lavender Pen Tour also includes stops in Selma, Ala., where the choirs will sing at Brown Chapel A.M.E. Church and march across the Edmund Pettus Bridge, Birmingham, Ala., Knoxville, Tenn., Greenville, S.C., Charlotte, N.C., and Winston-Salem, N.C.

"For us, that pen really stands as a symbol of the struggle for LGBT equality, a continued struggle," Verdugo says. "It also—more so, I should say—stands as a symbol of hope, which was Harvey's message. If there's anything about Harvey Milk, that you know about his life or his message, it's, 'We have to give them hope.'"