Greg Iles: From 'Burning' to 'Blood' 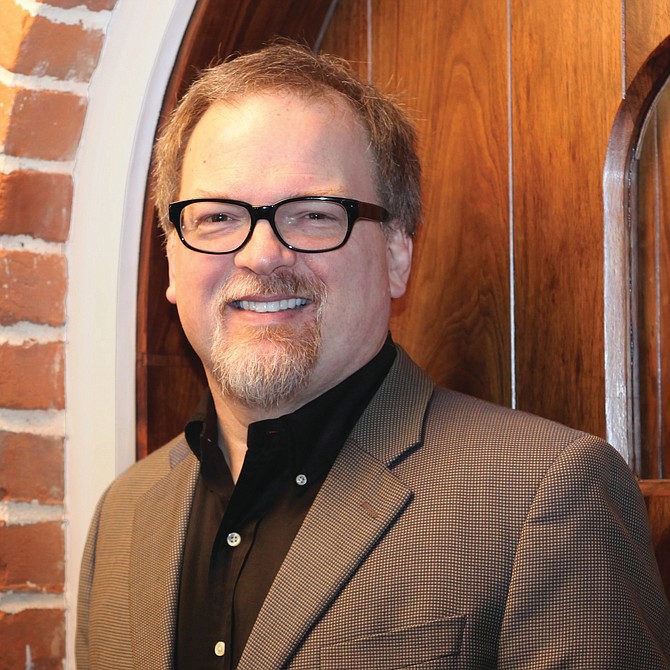 For many people, today is an average Tuesday, but for longtime fans of author Greg Iles, March 21 has been a long time coming. Today marks the release of the Natchez-native novelists’ latest book, “Mississippi Blood” (William Morrow, $28.99, 2017).

This is the final book in the “Natchez Burning” trilogy, which Sony Pictures Television is developing for a TV series, and Iles’ sixth thriller to feature protagonist Penn Cage. Over the course of the trilogy, Cage, a writer and former prosecutor, has been on a path to uncover the truth about his own family, a string of unsolved murders from the past, and a vicious KKK splinter group that may have ties to both.

The Jackson Free Press spoke with Iles over the phone discuss the latest installment in his New York Times best-selling saga and where the story may lead him next.

Where is Penn Cage at the start of “Mississippi Blood”?

Without giving too many spoilers away at this point, at the end of the second book, he’s gone through about as bad of things as any of us could go through in terms of personal loss, his father is awaiting trial for murder, and he knows about as little as ever. … In the third book, let me just say, in the course of the murder trial and some other things, he’s going to come to know everything there is to know about his own family, the murders that the trilogy is centered on, about Natchez, and about, you know, everything that’s taken 2,000 pages to get to.

How did your approach on this book differ from the other two in the trilogy?

I’ll tell you, the third book is the easy one. If you think about a trilogy, the tough one is the middle. In the middle book, anybody who comes into it fresh doesn’t have the beginning of the story and almost knows from the start that they aren’t getting the end of the story either. In a third book, you have the luxury of revealing all. You don’t have to worry about keeping it new and different. People have been hanging with you all this time to get what you’re about to give them.

And yet several reviewers have noted that “Mississippi Blood” welcomes readers who haven’t followed the full trilogy, as well. How did you do that?

I took some care to do that in the beginning. I realized people are going to come into this, and they’re not want to back up two books, so I found a little, almost authorial trick, and with that, I was able to bring people up to speed. Now, I will say, it’s a much richer experience if you go through “Natchez Burning,” but in a way, “Natchez Burning” and this one, the two bookends of it, are the greatest. “The Bone Tree” is a very good book, and I recommend reading it, but the beginning and the end of it are where the core story of the family, the murder, the black-white relationship, all that stuff is in the first and third book.

What was it like to finish a story that your fans have been following since “Natchez Burning” came out in 2014? 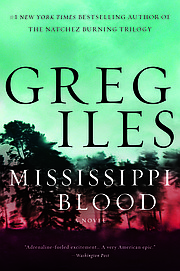 I mean, some people have been reading this story six books back because the first Penn novel (1999’s “The Quiet Game”) was way back. Just this story, when they get to the end, they’ve been invested for 2,100 pages. But you can’t really think about that. You just have to think about what you’ve laid out in the Jungian sense, without sounding pretentious. I mean, you’re dealing with a lot of variables, and you’re dealing with a lot of deep, unresolved things. You just have to hope that the way that it plays out in your own mind and own heart is what resonates with people. I’m sure it won’t for some. I got a lot of angry letters at the end of “Bone Tree” because a certain person died. I mean, I got furious letters, particularly from women, and you just think, “Shit, I didn’t know people were this invested.” But they are. They look at these characters like real people.

… But here’s what I figured out: There’s probably one more book. I will not go to it next, but there’s a resolution beyond what’s resolved here, and it has a lot to do with Mississippi. I don’t want to say too much, but from recent goings-on in Mississippi having to do with the prison system and a lot of scandals within the Mississippi government, I think we’re going to see Penn and his family, to some extent, involved in that. It’s not something I contrived or anything. It’s just a place the story went, and I think I could maybe do some good in that area in Mississippi, hopefully. We’ll see.

What’s something that you learned over the course of writing the first two books that you brought into “Mississippi Blood”?

When I was writing the first volume, people were talking about America becoming a post-racial society. And here, writing this third book, I don’t think there’s a single person who would argue that we’re living in a post-racial society. I was worried that “Natchez Burning” would be largely irrelevant, and now I find, by the time of “Mississippi Blood,” it’s more relevant than anything that’s coming out. It deals so squarely with issues of race, white and black in particular, and we’ve got a long way to go as a country.

For decades, Mississippi has been the whipping boy for the country on race, when people who live in Mississippi know this: While certainly we have racism in Mississippi, at least it’s usually out in the open and not hypocrisy. We have always known that racism exists everywhere in the United States and has always existed everywhere in the United States. Recent events have shown just how true that is. I think that lesson comes out in certain parts of my books as well, when you’re dealing with how the FBI ignored these cases and things like that. I’m not saying it’s a good thing, but we see that Mississippi is not this uniquely terrible place while the rest of the country is blameless.

It’s risky to be from Mississippi and write about the KKK and things like that, because we all know that most of that stuff was over by ’66. The Klan was thoroughly penetrated with informants, etcetera, while Yankees tend to think that the Klan was going around killing people in the ’80s and ’90s, which is just ridiculous. But on this one, I based it on a Klan offshoot that was very real and murderous and deserved writing about that was separate from the old, cartoonish Klan.

Now, the risk in writing like that is that people from around the country do look at my book as a lens and say, “Oh, see? The South is like we always thought it was.” The funny thing is that people from Mississippi, Louisiana, Alabama and Georgia read this and go, “You know, I realize now that I was growing up right next to this my whole life and never really knew it. They didn’t put it in the newspaper, my parents didn’t talk about it, but I’ve lived long enough now to know that this shit was happening. This was really going on right next to me, right in my neighborhood, right in my town, and my parents didn’t want to see it or want me to know it, but now, we’ve got to come to terms with it.”