Kari Jobe: Growth in ‘The Garden’ 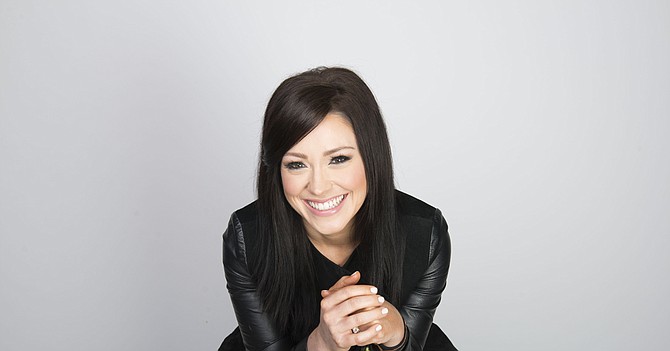 In the worship-music industry, few contemporary artists have achieved the staying power of singer-songwriter Kari Jobe. Since the Waco, Texas, native released her self-titled debut in 2009, many of her hit songs, including "Revelation Song" and "Holy Spirit," have become staples of Christian radio and church services around the world.

Thus far, she has received four Dove Awards and a Grammy Award nomination, and her past three albums—2012's "Where I Find You," 2014's "Majestic" and her latest record, "The Garden," which hit stores Feb. 3—have landed in the top 25 on the all-genre Billboard 200 charts.

After almost three years off the road, Jobe recently launched a 30-date national tour to support the new album, including in the metro area on Thursday, March 2.

The Jackson Free Press gave her a call to talk about the recording process and personal growth in "The Garden."

What made this album special for you?

Well, it's been kind of a crazy ride as we were writing for it. I was pregnant at the same time as my sister, and toward the end of her pregnancy, she lost her baby. We had to have a funeral and the whole thing, and I was still pregnant. Just navigating that and grieving with her, but then also trying to celebrate the little life that was still inside of me, growing.

(There's) pain and just the questions you start to have with God, just "Why? Why did something like this happen?" She's an amazing woman, she's a good person, and she loves God, so it was just like, "Man, why do these kinds of things happen sometimes?" So I just started turning those questions into songs as I wrote for the album.

A garden was growing in our backyard—that's where the inspiration came from (for the title)—and it started budding right at the right time for my heart. Flowers were blooming, and it was turning green, and it just really reminded me that God is in control. He goes before us and knows what we need before we need it. The fact that that garden was planted many years ago but gave me joy in life the moment that it did was just really a picture of how God works, as well.

What was it like for you as a worship leader in that time?

During that time, if I started crying while I was leading worship or just having a hard night, I would stop and say why, and I would even share where I was in the process. I went through a season of really questioning God on, "Why would you allow this to happen?" It didn't shake my faith. I'll always believe in God and have faith in God, but I just was really disappointed that my prayers weren't answered in the way that I was asking. We prayed she would be healed. We prayed that her heartbeat would come back, but it didn't happen.

So I just shared that stuff with people. I'm very vulnerable and transparent when I lead worship. I share where I am and what my questions are and where God meets me in those places, because I'm sure everyone else is in those places in some way or shape.

How did your approach on this album differ from past releases?

I wanted to go back in the studio so that we could just take our time, and if there was a song that I wanted more musically on it or less, I could do it, and it wasn't like, "We already captured it live. We're kind of stuck with it." It gave a little more creative license to go back in the studio. When you do stuff live, vocally, a lot of times you over-sing because you're so excited or the adrenaline and stuff. In the studio, it's a more protected environment, and you can really hone in on what you want the song to sound like vocally.

How do you be faithful to fan expectations but still do something different enough to be creatively fulfilling?

My fans, I feel like they always come with me. I mean, I never try anything too crazy where they're like, "OK. What is happening?" I did do where there's like vocal distortion here and there, and not everyone's going to love that track maybe, but they can go to the next one. But I tried on this one to go all the way across the board. All kinds of stuff that I've done over the years, I incorporated in this project to where it would capture everybody.

What would you say is a misconception about you as a songwriter?

I got a question the other day about (if) I ever write for political stuff, or do I write pro-Republican or pro-Democrat, like, what would I say my music is. I was like, "You know, I don't focus on a certain theme besides Jesus." I love to write about hope and restoration, and how you're not alone, and God is with you. I really don't try to push God on people. In sharing what God's done in my life, I'm just like, "This is what's happened for me, and this is what's brought me life." I don't judge anyone that hasn't happened to, but I do always say, "You know, if you need something to change, open the door to God for a moment." If it doesn't work out, you can always close the door back.

Kari Jobe performs at 7 p.m., Thursday, March 2, at the Pinelake Church at the Reservoir (6071 Highway 25, Brandon). Bryan and Katie Torwalt also perform. Admission is $26.50, deluxe admission with early entry and a preshow Q&A is $39.50, and the workshop package is $74.50. For more information, visit pinelake.org.