The Making of Michissippi Mick 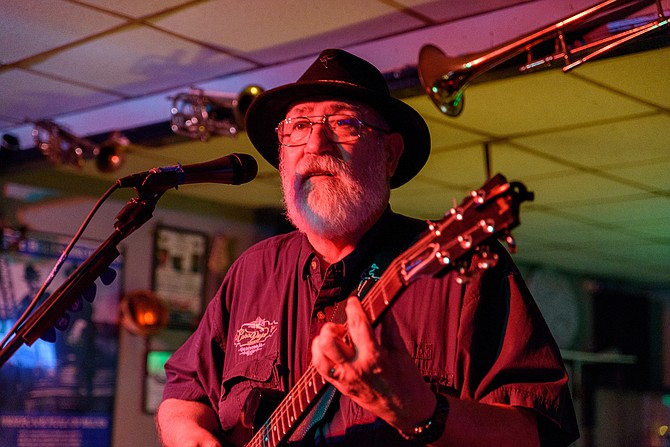 From the time that Mick Kolassa was 15 years old, he says blues music has pulled him in like a tractor beam, but it wasn't until a few years ago that he put his passion front and center.

"I played with bands off and on through the years, a lot more during the '70s, and then I did a lot of solo stuff in the '70s," he says. "I had a family, wife and kids, and I said, 'Oh, I better (slow down). I need to feed them.' I kind of backed off the music and did the corporate thing and worked, but I always stayed doing music."

Things changed for Kolassa after he moved to Taylor, Miss., from his home state of Michigan in 1992. He immediately got back into blues in a big way, he says. He began connecting with local and regional artists and he soon began performing his original material at shows.

"People said, 'Mick, you've got to record this,' so I went to the studio a few years ago," he says. "My first album (2014's 'Michissippi Mick') made the Living Blues charts, and it did quite well on the radio. Since then, I've been coming out with one about every 10 months or so."

In late 2016, Kolassa retired from his career as a health economist to pursue music full time. He formed his backing group, the Taylor Made Blues Band, with guitarist David Dunavent, bassist John Allouise and drummer Joe Eagle last August shortly after the release of his third album, "Taylor Made Blues." The band has already performed throughout much of the South, as well as Michigan and Indiana, and later this summer, Kolassa will play in Norway with the band's alternative members, bassist Heather Crosse and drummer Lee Williams of Clarksdale.

Most recently, Kolassa followed up "Taylor Made" with his fourth release, "You Can't Do That," in May. If the title reminds you of the "lovable lads from Liverpool," it should. John Lennon's titular song is one of 11 Beatles tunes that Kolassa and Florida blues artist Mark Telesca collaborated on for the tribute album.

The idea for the record came while he was showing a new guitar to Telesca, who changed the tuning to an open G and played "Can't Buy Me Love." The two musicians began blues-ing up other Beatles songs and decided to make a full project out of revealing the roots in the British band's hits. It's not too far of a stretch, either, Kolassa says.

"Things like 'Lady Madonna,' if you listen to the lyrics, that's a sad song," he says. "It's about an unwed mother with no money. She can't make ends meet. ... We just slowed it down, did it in a minor key and really found the true song in there."

While critics and fans are still discovering this album, Kolassa is already at Ardent Studios in Memphis working on his next release, "Double Standards," a collection of duets covering iconic blues songs with artists such as Patti Parks, Sugaray Rayford and Annika Chambers.

Then, in December, he and his band will be back to record their next record of originals. However, it's not a label or consumers' short attention spans pushing him to put out music quickly. It's just that every time he turns around, Kolassa says, another song comes running at him.