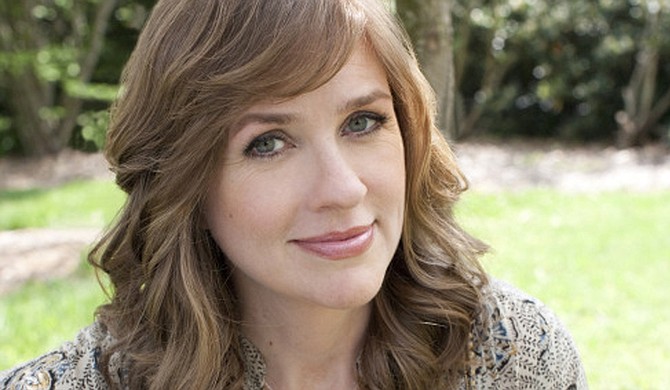 Longtime listeners of "Thacker Mountain Radio Hour" may recognize one voice in particular at the program's latest live taping. Canton-native folk singer Caroline Herring will be a featured guest when "Thacker Mountain" comes to Clinton on June 17, and she has the distinction of being a founder of the popular Mississippi Public Broadcasting radio show.

"It's always great to come back when I can, and it's not all that often, but when I'm in town and have a new album out, that's always a nice time," she says. "I haven't been able to play on there in the past few years because I've been out of the country or because I had a job that interfered, but this just worked out this time, and I'm thrilled to do it."

Herring helped launch the show, which was then called "Words and Music," in 1997 while she was living in Oxford. She moved to Austin, Texas, for graduate school two years later, and that's when her music career solidified, she says.

In 2001, she released her debut album, "Twilight," which Texas Music Magazine named on its list of the top 50 essential Texas albums. The album also earned her the title of that year's Best New Artist at the South by Southwest Austin Music Awards. Since then, her work has been featured in numerous major media sources around the world, including British magazine Songlines, the Boston Globe, The Guardian, and National Public Radio programs "All Things Considered" and "A Prairie Home Companion."

Herring pursued music full time for about 15 years and released seven albums during that time, the most recent being a collection of children's music titled "I Will Go Into the Day" in 2014. While she hasn't been as active in music over the past few years, she has still been active. Her career path changed directions a few years ago when her husband, Joseph Crespino, got a Fulbright Scholarship, and the family moved to Tuebingen, Germany.

"I took several months of intensive German every day for about three and a half hours a day, and I loved it," she says. "I loved learning German, but it was also just an important place to connect with people. There were people from all over the world, and I liked everything about it. And it made me start thinking about Clarkston and refugees."

Clarkston, Ga., a small town that isn't too far from where Herring and her family are now based, takes in about 1,500 refugees each year. As Herring began thinking back on her experiences, which include teaching English as a second language in China, studying in France, and teaching at St. Andrew's Episcopal School and Jim Hill High School for a few years, she realized that she could help. After the family returned from Germany, she began volunteering and went to graduate school at Georgia State University, earning a certificate to teach ESL in 2015.

Between her teaching and raising her two children, Herring says that she has stepped back from a commercial music career. She says she got to a point where she felt like she had accomplished everything that she wanted in music, between many successful tours overseas and features on national radio shows.

At the same time, Herring continued playing gigs during her time living in Germany and has performed in the United States several times since returning. Music is still important to her, she says, but when it comes to the commercial aspect of it, she's a little bored and a little tired.

Thankfully for fans, Herring says that her break from pursuing music full time has helped to reignite her passion for it. She's listening to music again, she's has new song ideas, and she's opening up to the idea of writing another album, she says.

"We'll see. I'm still an artist, and that desire is still there," Herring says. "I'm not as happy when I'm not doing those things. So the journey continues. We'll see what's next."

In the meantime, Herring says that she's excited to return to the stage of "Thacker Mountain," and is both proud and humbled by the fact that something she helped to create two decades ago is still thriving.

"I am thrilled by it. It was 20 years ago. I was much younger then, and that's a great pleasure to see something that I did, not as a kid but close, continue in the way that it has. I'm grateful to Richard Howorth (former Oxford mayor, Square Books owner and 'Thacker Mountain' co-creator) and all the people who've worked on it over the years, and I'm so glad to come back."