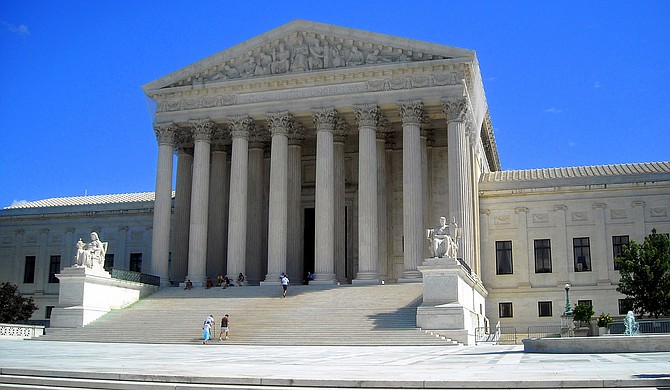 The U.S. Supreme Court said in 2012 that it's unconstitutional to sentence juveniles to mandatory life without parole. Last year, the court said the ruling applied to the more than 2,000 inmates already serving such sentences nationwide and that all but the rare irredeemable juvenile offender should have a chance at parole. Photo courtesy Flickr/NCinDC

JACKSON, Miss. (AP) — In light of U.S. Supreme Court decisions, Mississippi has been starting to set new sentences for people imprisoned to life without parole for crimes committed when they were juveniles. But some say the pace has been slow, with more than half of the 87 affected offenders still waiting to be resentenced.

Bureaucracy and lack of deadlines have been cited as problems. Mississippi doesn't have a uniform way to handle the issue, with 82 counties grouped into 22 circuit court districts. Andre' de Gruy, the state public defender, said that leaves a patchwork of approaches to handling the cases on already crowded court schedules.

The U.S. Supreme Court said in 2012 that it's unconstitutional to sentence juveniles to mandatory life without parole. Last year, the court said the ruling applied to the more than 2,000 inmates already serving such sentences nationwide and that all but the rare irredeemable juvenile offender should have a chance at parole.

In Mississippi, 87 offenders were affected by the rulings, including two people with life sentences imposed in two killings.

— 48 inmates are waiting to be resentenced, each in a single case.

— One inmate awaits resentencing in one case and has already been resentenced to life with the possibility of parole in another.

— 27 have been resentenced to life with the possibility of parole. State law requires people to serve at least 10 years of a life sentence before being considered for parole.

— Seven have received new sentences of life without parole.

— One was granted a retrial and acquitted.

— One had his conviction reversed and pleaded guilty to a lesser charge.

— One died before he could be resentenced.

The Mississippi Legislature has not set a uniform system for how resentencing should be handled.

"I don't think you're ever going to get the Legislature to act on this," said attorney Tom Fortner of Hattiesburg, who has represented McGilberry and other juvenile lifers. "The people who get found guilty of committing these crimes, even when they're juveniles ... are not exactly a popular cause."

Among the juvenile lifers waiting to be resentenced is Luke Woodham, now 36. He was convicted of three counts of murder in the stabbing death of his mother and the shooting deaths of two fellow students at Pearl High School in October 1997 — one of the earliest high-profile mass shootings on an American school campus. Woodham was 16 at the time of the attack, which wounded seven others.

Fortner filed papers in 2015 asking the Mississippi Supreme Court to set a resentencing hearing for Woodham. After local judges recused themselves, justices in November 2015 appointed a judge from another part of the state to weigh resentencing. Another attorney has been appointed to represent Woodham, and the judge has not yet acted.

"Even if the court concludes that it is not obligated to conduct a sentencing hearing ... it should nonetheless conclude that Mr. Woodham has a right to be sentenced by a jury," Fortner wrote.

One person in Mississippi was originally sentenced to life without parole as a juvenile and was subsequently retried and released. Tevin James Benjamin was 14 when he and other juveniles were arrested in 2008 and charged in the shooting death of a man at a gas station in the south Mississippi city of Moss Point. Benjamin denied taking part in the shooting, saying instead that he was at a local fair. Prosecutors said that was an alibi made up by those charged in the killing.

In 2010, Benjamin was convicted of capital murder and sentenced to life without parole. In 2013, the Mississippi Supreme Court threw out his conviction, saying a trial judge erred in denying Benjamin's motion to suppress his statement to the police, which was given in violation of his Miranda rights.

In 2014, Benjamin was retried and acquitted. His first trial was in Jackson County, where the killing took place. The second trial was moved to north Mississippi's Lafayette County.

Some attorneys will work without pay to represent people in the juvenile life without parole cases, de Gruy said. Cases can get shuffled on crowded court dockets, creating delays. Sometimes, a judge sets a new sentence. Other times, a judge lets a jury consider resentencing.

"There is already, in some areas, a huge overburden," de Gruy said. "And now you're dumping these big serious cases back on them. It's difficult, and we're doing what we can to help."