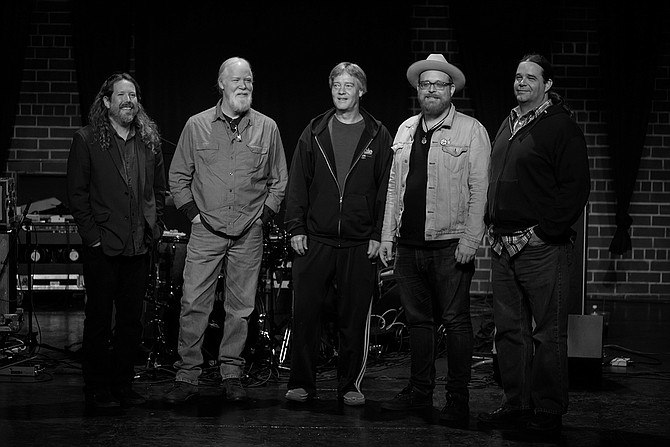 Audiences all over the world have gotten to know guitarist Jimmy Herring pretty well after his nearly three decades on the scene. While many music fans will recognize him from his work with jam band Widespread Panic, Herring has also played with bands such as Col. Bruce Hampton, the Derek Trucks Band and the Allman Brothers Band.

Over the course of his career, the renowned sideman has taken center stage on many occasions, as well. He is currently on the maiden tour for Jimmy Herring and the Invisible Whip, which teams him up with drummer Jeff Sipe, organ and clavinet player Matt Slocum, bassist Kevin Scott and multi-instrumentalist Jason Crosby.

The Jackson Free Press spoke with Herring over the phone before the band's two-night stand at Duling Hall to learn what they'll be whipping up in Jackson.

What's it like to step into the role of frontman for this project?

Bandleader is kind of a weird phase for me to be in because I've always been a sideman. I think of myself as a sideman. This band, I'm sort of a bandleader, but really, the idea of putting these people together is to put the tunes in front of them and see what they come up with rather than sitting down and telling people, "I want you to do this, and I want you to do this."

There might be certain things that I want, and I might tell them, "OK, can you do this, and can you just play this little melody here?" But after that, it's up for open interpretation. That's why I want to use guys that I have something in common with already—I don't want to tell anyone anything, really, in a perfect world. ... I'm a fan of bands, and band (members) don't tell each other what to play. Maybe bandleaders tell each other what to play, but I'm more of a fan of the school where you just play, and you let it organically evolve.

I would say that this music, in its nature, its instrumental, so it's going to be a little more on the instrumental plane. Because we don't have vocals, at certain times of the night, I'll sort of be taking the place of singing in songs, and sometimes, the keyboards will be doing that.

... It'll be busier. It's a smaller band. I know we're five pieces, and Panic is six, but I think Panic is a big six-piece band, you know what I mean? It's like a freight train, and this band would be more like a sports car. I don't mean just because it's faster. I mean it can turn quicker, it can brake quicker, it can accelerate faster and sort of things like that.

How did that leaner, quick-changing style come about?

I just think that when I get to do something with this group of people, I want to try to do something different than I have with the other bands that I might have played with.

Because it's smaller, we're playing in smaller places, and we're not traveling with semis and all that, we're not playing giant festival crowds and stuff like that. We want to try to get in some music that's a little bit ... more harmonically adventurous, leaning toward all the different aspects of jazz and the avant-garde. And I don't consider this to be either one of those, but it may dip into elements of all that at any given time.

Really, I'm just looking for an outlet to express some of the other parts of music that I love but don't necessarily get to do with other bands that I've played with.