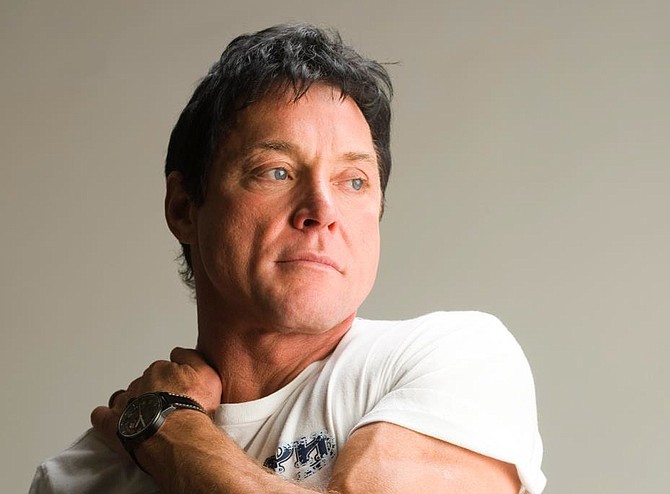 Edward St. Pe', found of WLEZ-FM, says the station is in limbo because he purchased a TV station on the Gulf Coast and couldn't continue running a nonprofit station as well. Photo courtesy Edward Saint Pe

JACKSON — Jacksonians trying to tune into local FM radio station WLEZ last week may have been surprised to hear silence instead of their favorite American standards and jazz tracks.

Edward St. Pe', who founded WLEZ in the early 2000s and served as its director, says the station may bounce back in a similar format or something else entirely, but it is a "wait and see" scenario. WLEZ's silence follows St. Pe's purchase of WXVO Ocean 7, a television station in Ocean Spring, Miss., in September 2016.

"Prior to purchasing the station, according to the (Federal Communications Commission) regulations, I couldn't own a broadcast TV station and still be the director of a nonprofit low-powered FM, so I had to relinquish my position on the board and give up any day-to-day operational oversight—give it up completely," St. Pe' says.

That left the new board the options of continuing to run it or taking a break to decide which direction WLEZ should head, he says. Within the FCC rules, stations have two designation options for ceasing activity—to go "dark," meaning to take it off the air entirely, or to go "silent."

"'Silent' means you're applying to the FCC to take the station off the air temporarily, for a six-month period," St. Pe' says. "Then, you have the option at the end of six months to apply for another six months, so in effect, it's up to one year of being dormant, where you're still a licensed facility. During this time, you can either decide to come back or turn off. That's what they're in right now—sort of a period of decision making."

St. Pe' says that being in the television weather business for many years of his career, he had always wanted to own a TV station, and as he is originally from New Orleans, owning a station on the Gulf Coast will take him closer to home.

"It was a good fit for me to do this deal; I couldn't not do it, so therefore, I had to give up involvement with WLEZ," he says. "It was a wonderful, fun project. I love music and the kinds of music we played, and the station was always a labor of love, you know? Anybody associated with it, it wasn't about the money. The station paid its bills, but we never made any amount of money.

"It was a service to the community within a very fine, focused area of music that is virtually gone from the radio—the American standards, and then we got a little bit eclectic, with world music and different things. But the stuff that we played, whether it be New Orleans music ... the jazz, the Sinatra, whatever it was, it was those niches that we hit, and nobody did that. There was just hardly a home for it anymore. That's why it was such a pleasure to do it," he said.

St. Pe' says he hopes that the station will be able to come back and figure out a plan for moving forward, but at this time, he doesn't know.