R&B Back in Action 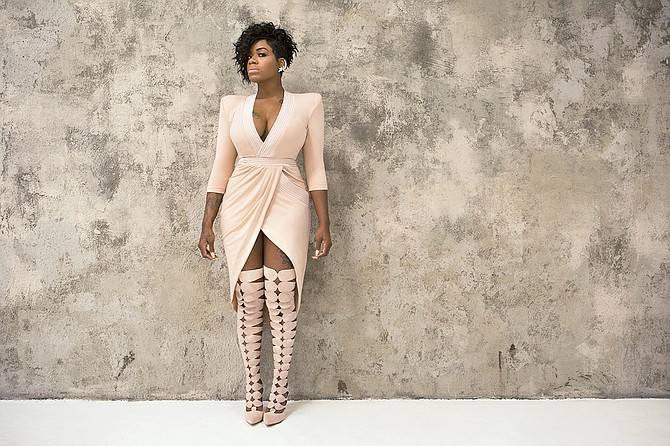 A change of scene can be a necessity for people, but it is often a hassle for large events.

In its fourth year, 2016, the Jackson Rhythm & Blues Festival moved from its former home at the Mississippi Agriculture and Forestry Museum to the Jackson Convention Complex downtown. As it turned out, however, transforming the open-air festival into a three-floor indoor experience wasn't such a big deal.

"I mean, to be honest with you, everything went very well," festival coordinator Alex Thomas says with a laugh.

The move even helped them to avoid several potential issues, including the summer heat, weather conditions and seating availability, he says. With five stages of music in one building, they did have to carefully consider the acoustics, but they solved the problem by staggering the start times.

"We were able to make sure those stages were set up, and everything was run, and the music wasn't overlapping, so it was just a great experience for everyone," he says.

The Jackson Rhythm & Blues Festival will be returning to the convention complex for its fifth year on Friday, Aug. 18, and Saturday, Aug. 19. The event will also feature some returning talent, including Mississippi favorites Bobby Rush, Jarekus Singleton, Eden Brent and Eddie Cotton, as well as platinum-selling R&B artist Fantasia, who headlined the festival in 2014.

"I just think our lineup gets better and better every year," Thomas says. "We're fortunate to not only bring in international, Grammy-winning talent, but also to continue to uplift our local artists, as well as the regional talent. We have some amazing artists from right here in the city of Jackson. To just give them the opportunity to be on the same stage as artists like Ludacris or Fantasia, it's impressive for their resume."

Nearly 30 acts make up this year's lineup, which will be spread around five stages. The City with Soul Stage is in the first-floor exhibit hall, where festival-goers can see Ro James, Jazmine Sullivan and Ludacris on Friday, and Calvin Richardson, Eric Benet and Fantasia on Saturday.

The Farish Street Stage is in the ballroom on the first floor and will feature Doug E. Fresh and Eric Roberson on Friday, and AJC & the Envelope Pushers, Dreezy and DJ Luke Nasty on Saturday.

The Highway 49 Blues Stage is on the second floor and will feature Selwyn Birchwood, Nellie "Tiger" Travis and Bobby Rush on Friday, and the Cash Box Kings, Jarekus Singleton and Eddie Cotton on Saturday. On the second-floor outdoor patio, there's the State Street Soul Lounge, which will have DJ Unpredictable, Eden Brent and the Jason Turner Band on Friday, and DJ Scrap Dirty, Angela Walls and Los Brown on Saturday.

Lastly, there's the Capitol Street Stage in the third-floor theater, where attendees can see performances from Jonte' Mayon and the 601 Live Band on Friday, and comedian Rita B., The Black Bettys and Karen Brown on Saturday.

"It allows people to move about the whole facility and enjoy a variety of music," Thomas says of the multi-level setup. "They can kind of plan their night based on their preference. If they want to go upstairs and see Bobby Rush, they can, or if they want to stay downstairs and see Ludacris, they can. It gives them the opportunity to choose."

The Jackson Rhythm & Blues Festival is Friday, Aug. 18, from 6 p.m. to midnight, and Saturday, Aug. 19, from 5 p.m. to midnight at the Jackson Convention Complex (255 E. Pascagoula St.). Admission is $55 for Friday, $65 for Saturday and $85 for a two-day ticket. For more information, visit jacksonrhythmandbluesfestival.com.