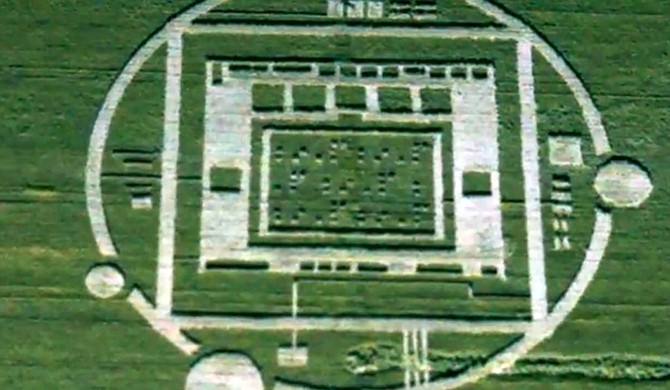 Director Justin Gaar's latest documentary short, "Curse of the Man Who Sees UFOs," looks much further than its title may suggest.

Gaar gives viewers an in-depth look at the life of Christo Roppolo, who records unexplained lights in the sky in the coastal town of Monterey, Calif.

The world that he inhabits is filled with wonder and the search for truth. The film shows that he has led an interesting life beyond his interest in the extraterrestrial, as well, performing in punk bands, directing films and falling in love.

I came into this film expecting to watch someone talk about aliens and spaceships--he does plenty of that, but there was a great deal of heart, as well. Roppolo is a man in a great deal of emotional turmoil, and his exploration of the unknown serves almost as a form of therapy for him.

The film also had plenty of cool facts about classic science-fiction and horror films, and unexpected revelations about Roppolo's family and love life. By the end of it all, it is apparent that Roppolo and Gaar had formed a bond while shooting.

This is a film that is sure to surprise the audience at this year's Crossroads Film Festival with its combination of emotional depth and sci-fi sensibility.