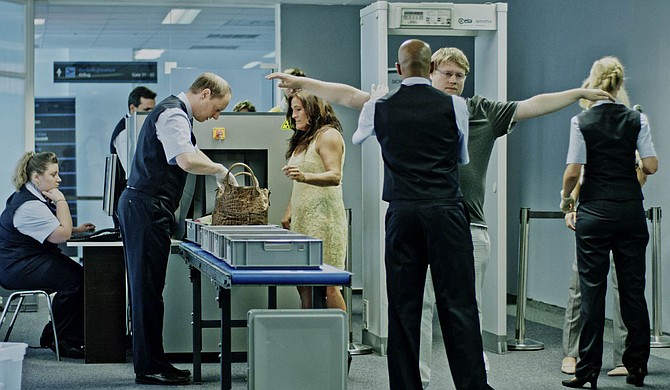 “For Your Own Safety” Photo courtesy Crossroads Film Festival

Airport baggage screeners have an important position that is not only thankless but also, on occasion, outright despised. In German filmmaker Florian Heinzen-Ziob's dramatic short film "For Your Own Safety," he puts a face to that station through the story of Jonas, a senior bag-checker who follows security guidelines to the letter.

As is often the case with sticklers for the rules, Jonas is unpopular with his coworkers, who don't see the urgency that he does. Throughout a single day, the weight of his fellow agents, his superiors and airport patrons disliking him bears down harder and harder until he would do just about anything  to win someone's approval, even if just for a moment.

Even early on, Heinzen-Ziob and lead actor Steffen Will do a brilliant job of setting up Jonas as a sympathetic character, yet one flawed enough that the animosity toward him feels warranted. It's a tough line to walk, but it's absolutely pivotal to the film's resolution.

There is also a timely, bigger-picture theme of racial prejudice at work here that is best left for festivalgoers to discover and consider for themselves.

Although I could see some viewers criticizing Heinzen-Ziob for teasing at that darker subject matter instead of sinking his teeth in, I think his approach benefits the film. A lesser writer or director might have centered the story on one particular moment and fallen into melodrama, but here he focuses on telling a simple yet emotionally complex narrative that is more about character rather than conflict.