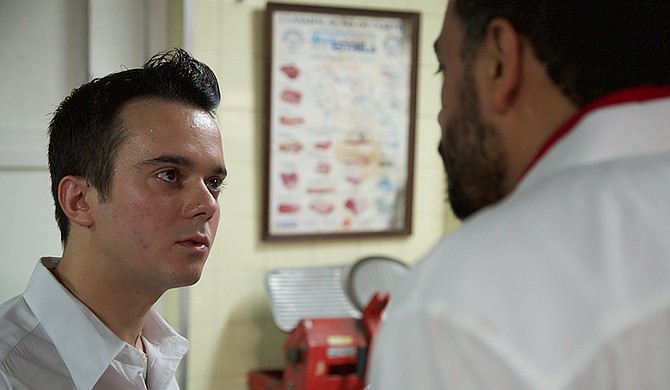 It's a classic tale of politics, power struggles and savory revenge, albeit in an unexpected setting. Writer-director Felipe da Fonseca Peroni's aptly named short film, "Brazilian Steakhouse," follows Rodney, who is the butt of the joke as a garlic-bread server at a steakhouse named Gauchao. In an environment where, as Rodney puts it, "you are what you serve," he is the lowest rung of the ladder, whereas the ill-tempered Guilherme, the picanha (a type of steak that is popular in Brazil) server, is on top.

"Brazilian Steakhouse" is undoubtedly a comedy, with its less-than-flattering shots of fatty foods and restaurant patrons and its Wes Anderson-like imagery, although Peroni adds a touch more realism. At the same time, he also instills the film with a legitimate sense of foreboding and actual stakes (pun intended), and I quickly became invested in Rodney's small-scale, slice-of-life revenge tale.

When a 20-minute short can make a "Where are they now?" epilogue feel warranted, you know you've done well in building your characters. It helps that the film has three excellent principal actors who make meals out of their screen time—Robson Catalunha, who plays Rodney; Ze Geraldo Jr., who plays Guilherme; and Lui Strassburger, who plays Mr. Alvaro, a career server and friend to Rodney.

"Brazilian Steakhouse" has already won several awards since first hitting the festival circuit in 2016, including Best Male Performance and Best Short at the 2016 Internacional de Cortos in Tesape, Paraguay, and Best Script at the 2016 Tres Passos Festival de Cinema in Brazil.