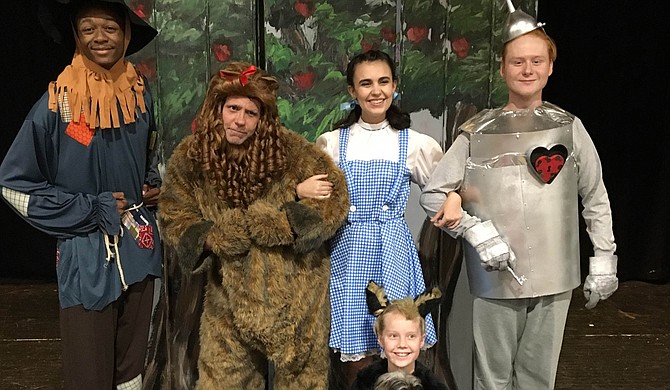 After a tornado drops Dorothy Gale and her dog, Toto, into the land of Oz, she says the famous line, "Toto, I've a feeling we're not in Kansas anymore."

One hundred and fourteen years after the musical premier and 77 years after the film premier, The Center Players Community Theatre, an organization that operates in the Madison Square Center for the Arts, will do a production of "The Wizard of Oz" Sept. 29 through Oct. 2.

"It is a fun family musical," Megan Mayhan, the marketing chair and coordinator of the center, says. "It is a musical that appeals from the very youngest (child) ... to the very oldest adult. Everybody loves 'The Wizard of Oz.'"

Center Player's production is the Royal Shakespeare Company's version, which the RSC produced from the film in 1987, though Center Players have made changes to the play.

"The beginning process of casting started with more than 60 people, and with so many participants, scaling down was something we could not avoid," Mayhan says. "This is the first time the full version will be broadcast on stage."

Rehearsals began around the beginning of August and ran for eight weeks. Dianne Brown and Cliff Bowen direct the play, and Lori McDade is the musical director. While elder cast members take on all of the main roles, the play has a plethora of young actors. Hannah Brady, who plays Dorothy Gale, is a sophomore at Madison Central High School.

"Hannah Brady ... has grown up on stage, and this will be a great growth to watch perform such a pivotal role," Mayhan says.

Hannah learned her way around theater with the Center Players. She has starred in the troupe's productions of "Schoolhouse Rock Live!" and "All Shook Up."

Along with the regular performances, Mayhan decided to create the opportunity for children in the district to experience the play.

Ronnie McGehee, who is the superintendent of the Madison County School District, has arranged bus transportation for students from other parts of Madison County so they can attend a matinee performance of the play. Mayhan says they are doing this to expose youth as possible to the performing arts.

"Normally, it would not be an easy task, transporting so many, but luckily, it appears to be a walk in a park for us," Mayhan says.

The Center Players Community Theatre will perform will perform "The Wizard of Oz" at the Madison Square Center for the Arts (2103 Main St., Madison) from Sept. 29 to Oct. 2.Tickets are $15 for adults and $12 for students and seniors. For more information, visit madisoncenterplayers.org.