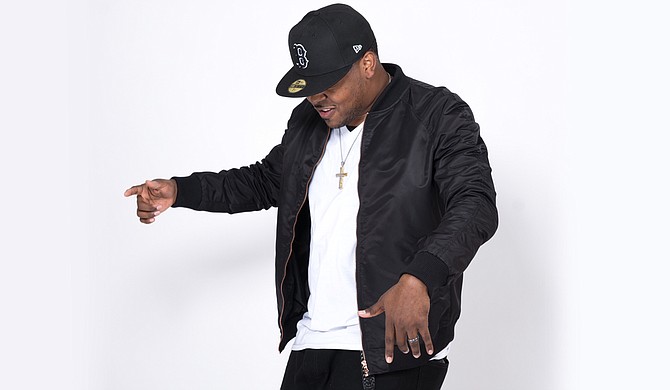 Rapper Dolla Black works to grow the Jackson hip-hop scene through his own music careeer and as the owner of record label Black Dolla Entertainment. Photo courtesy Dolla Black

While Jackson listeners have been jamming to verses from rapper Dolla Black for nearly a decade now, the genre wasn't his first introduction to making music.

Before he began performing hip-hop for audiences, Black sang in choir. He chose basketball over singing during his time at Murrah High School until injuries brought him back to music. After he graduated from Murrah in 2006, he enrolled at Tougaloo College and joined the institution's concert choir. His studies allotted the freedom to pursue hip-hop, as well, he says, and his instructors taught him with techniques that he used in his own performances.

Black says his hip-hop career truly began in 2006, when he partnered with his cousin, rapper LaRoc, to create their first project, musical duo Dem Boyz.

"Groups like Trippple A, which consisted of Doe Hicks, Tzzy and Tricky LT 45, and 1st Up Fam, consisting of Hollywood Luck, Air Slim and Squid Key, shed a new light on the hip-hop scene in the city for me," he says. "The vehicles with their group names and photos on them were such a great look. They made me feel like the city actually had hidden treasure and things going on. It encouraged me, in many ways, watching those guys as I was growing into the industry."

"To this day, we regret not getting hard copies of the project," he says. "We only provided listeners with streaming data."

In 2012, he reintroduced listeners to Dolla Black as a solo artist and began a new phase in his life. Over the past few years, he married his wife, Kiara Howard, had a son, Kacey Howard, age 2, and decided to put a greater focus on music as both a solo artist and the owner of Black Dolla Entertainment. He says 2014 was his "highlight year" and gave him a foundation to do greater things in the future. That year, Black created "Black Friday," an event where he released new songs from the label's artists every Friday during Black History Month, and he also released his debut full-length, "Let Me Work," that September.

"I am so proud of all I accomplished," he says. "It truly humbled me. I appreciated every moment. I received numerous awards and nominations, which I haven't started counting just yet; there will be a time for that. I am just enjoying the lane I am fortunate to be in."

One thing that made the past few years especially crucial for Black's career is the fact that he is still reaping the benefits of them. In May, ESPN bought the license to his song "All Day," which he recorded with Atlanta singer, writer and producer Super Jay in 2014. It's now a fixture on popular shows such as "SportsCenter" and "First Take."

"We knew the track was crazy, so we sat on it confidently," he says. "Next thing you know, it was submitted, and we were contacted within two to three days of submitting. Once the paperwork arrived, I believed it was actually happening. This is so surreal, and I'm so blessed and humbled to have my dreams unfold in front of my eyes."

Black is currently working on a follow-up album, though he isn't rushing to make that happen. With his writing process, he says, it's about letting inspiration drive him to record rather than just being in a studio until it hits.