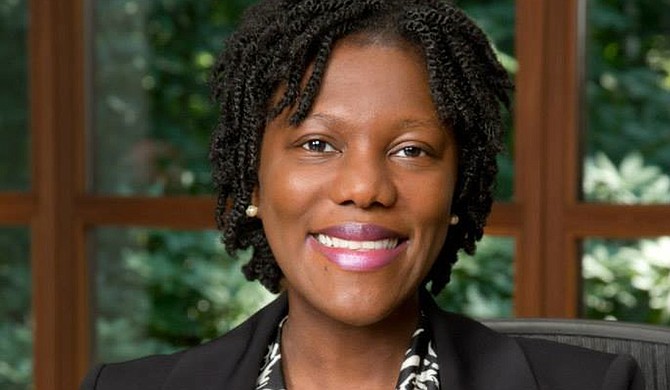 Author Crystal R. Sanders says she feels like Mississippi has become a second home for her, despite the fact that she was born and raised in North Carolina. Growing up, she always had an interest in the history of black education in the South, which of course meant plenty of research into her home state, but it also brought Mississippi's past to her attention.

Her first true introduction to Mississippi came in the summer of 2002, when she worked for the Sunflower County Freedom Project, an academic-enrichment program that former Teach for America workers started to improve the educational outcome in the Mississippi Delta. The position gave her the opportunity to teach people civil-rights history to middle-school students, Sanders says, and the experience gave her a love for the state that she never had before visiting.

Then, in 2006 while she was attending graduate school at Northwestern University, she came across a speech in which former Mississippi Sen. John Stennis stated his opposition of Head Start, a federal program designed to provide early childhood education and nutrition resources to low-income children and their guardians. This was the final step toward combining her love of Mississippi and her interest in the history of black education.

Sanders says: "I said to myself, 'What could be so problematic about Head Start?' ... That kind of fueled my curiosity and led me to dig deeper, and I was truly fascinated by what I learned about this program that really improved lives of not just black children but black women, in particular."

What began with a research paper resulted in her book debut, "A Chance for Change: Head Start and Mississippi's Black Freedom Struggle" (The University of North Carolina Press, 2016, $27.95). Sanders, who now works as the assistant professor of history and African American studies at Pennsylvania State University, spent almost a decade investigating one of the first and largest Head Start programs in the country, the Child Development Group of Mississippi. While she says the Head Start still provides an essential service to working-class families, there are significant differences between the modern program and its earliest iteration.

"In Head Start's initial years, there was truly a focus on changing communities," Sanders says. "The belief was to really improve the lives of disadvantaged preschoolers, you had to not only give them the educational and medical preparation needed to do well in school, but you had to also improve things for their families. There was a big emphasis on jobs and a big emphasis on social services for parents. I think we've moved away from that model."

That focus on community was one of the things that drew Sanders to the subject. The state had 84 CDGM Head Start centers in the summer of 1965 and served around 6,000 students. Equally important, she says, Head Start employed those children's parents, making use of Economic Opportunity Act of 1964 policies that required the inclusion of the poor. The government required these programs to operate with maximum participation from the poor, Sanders says, but unlike CDGM, many organizations didn't follow that stipulation.

As Sanders conducted her research, she was also surprised to find how closely CDGM was connected with the people and efforts of the Civil Rights Movement. From teachers and directors to cooks and cleaning staff, there's a great overlap between important civil-rights figures and CDGM's staff and supporters. For instance, "Sweets" Turnbow, the wife of activist Hartman Turnbow, worked as a cook at a CDGM center in Holmes County, and many staff members in Panola County's three CDGM centers were also active members of the Mississippi Freedom Democratic Party, whose county chairman was famed activist Robert Miles.

Sanders says she wants readers to leave "A Chance for Change" with the understanding that Head Start was political from the start and meant to further African Americans' fight for freedom.