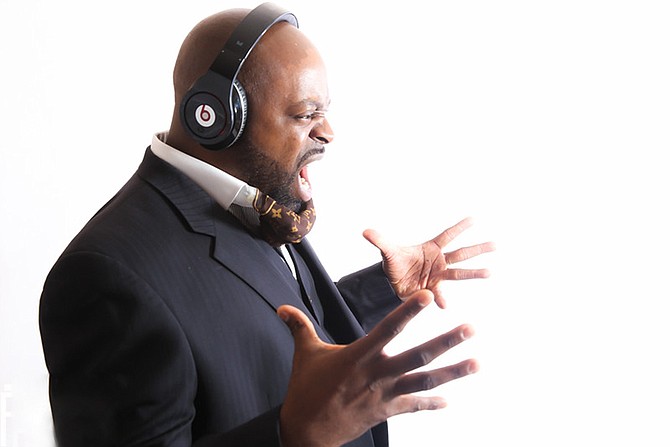 "Hip-hop has a history," he says. "That means it can be taught. So what I chose to do was bring the classic hip-hop into our community, re-introduce it, because it's easy to play what's new and what's going on now."

While there's nothing wrong with modern rap, he says that he hopes the station will inspire future hip-hop fans and artists to uncover what came before and appreciate music legends such as Doug E. Fresh, Grandmaster Flash, Kurtis Blow and Kool Moe Dee.

Smith got his start in radio in 1995 while he was attending Jackson State University, where he received his bachelor's degree in political science in 2001. His cousin, Bobbi Walker, who was the program director at WJSU at the time, knew that he was searching for a work-study program and invited him to work at the campus radio station. He immediately felt drawn to it.

"I would skip class just to go to the station," he says. "At the time, everybody had to be at the station for their particular slot, so people would say, 'I don't want to come to the station today. Can you take my spot?' I was doing that from maybe 2 p.m. to midnight because I was just so infatuated with it."

Even after he graduated from JSU, Smith continued to pursue a career in radio, working at now-defunct gospel station WZRX before leaving for hip-hop and R&B station 97.7 FM in 2001. After working for the Canton Nissan plant from 2003 to 2008, he took a position with Clear Channel Radio on the coast but says that some of the corporate decisions drove him to quit. He left with a promise to himself: "I don't know how I'm going to do it, but I'm going to get me a radio station."

On Friday, April 21, 2012, at 5 p.m., anyone driving home from work who flipped past what had been a Brandon-based country station instead discovered a non-stop stream of classic hip-hop. Almost four years later, the 99.1 team is still hard at work. Smith even hopes to move the station into Jackson this year. While he says being a locally owned station amidst the many national radio companies in Jackson can be challenging, he has confidence in what they're trying to do for the city.

"I believe in longevity," Smith says. "If you stick with something long enough, people are going to understand, and they're going to see what we're doing because we do a lot of work in the community."