The Mind of David Liebe Hart 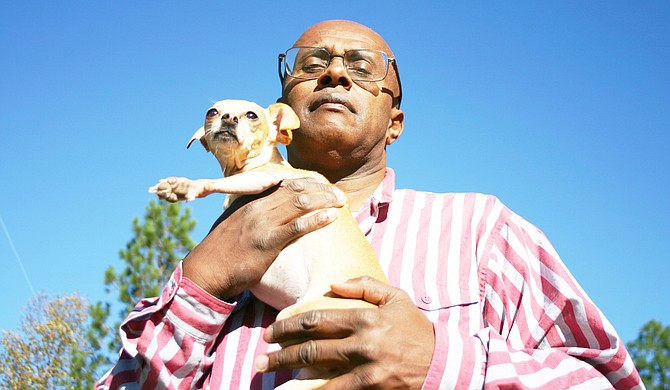 Los Angeles-based entertainer David Liebe Hart mesmerized thousands of viewers through his performances on Adult Swim's "Tim and Eric Awesome Show, Great Job!" Hart initially auditioned for a smaller part, but his puppet-accompanied songs, which range in subjects from how aliens say hello to the importance of education, became a hallmark of the show.

While stars Tim Heidecker and Eric Wareheim created the program as a sort of Dadaist satire of public-access TV, Hart's quirky contributions came from a wholly earnest and unique place. The actor, musician, and eccentric has continued writing and performing around the United States, Canada and Australia since the show ended in 2010. The Jackson Free Press spoke with Hart by phone before he headed out on his latest tour, which brings him to Offbeat on Saturday, March 19.

How did you become an actor and musician?

I started, first, acting. My parents paid for me to go to Goodman Theatre in Chicago—I'm from the Midwest—and they paid for me to take ballet (and acting lessons). I got into different plays as a young boy, and I could have had a big, big break in the '60s (because of) Marjorie Lord, who just passed on and played Danny Thomas' wife on a show called "Make Room for Daddy." A spin-off came from that show called "The Andy Griffith Show," and I was supposed to be Opie's best friend on the show. Marjorie Lord, who was in the Christian Science circle, like my parents, spotted me at a talent search, and Danny Thomas paid for me to come to California in the early '60s to read for "The Andy Griffith Show." But unfortunately, my parents changed their minds and didn't want me to get into show business at an early age, so that never happened.

Can you describe your current live show?

What I'll be performing in Jackson is a mixture of country-western, and we do punk rock mixed in with electronic music. I don't have a full band like I used to be in with Adam Popagan, doing punk-rock, country-western music. ... Jonah Mociuns (Hart's current collaborator) has a computer that he plays the music in back of me now, but I'm trying to hint to him that the fans want to see a full band like I used to have.

You write music about deeper topics, and then you also write songs about things like extraterrestrials. How do you choose your subjects?

Well, I write songs about the UFO phenomenon, which is real and is where all our back-engineered technology is coming from. The government doesn't want to give credit, but (aliens invented) the computers and the TV, just like the aliens built the pyramids and taught the Egyptians hieroglyphs. ... They've got people brainwashed that aliens are a myth and a figment of people's imaginations, when they're just as real as you and I doing this interview. I got abducted when my parents moved to Park Forest, Illinois, ... and I met an extraterrestrial face to face when I was selling my artwork who was from the Korendian race. Then, after the Korendians stopped contacting me, I met their enemies, the Omegans. They put a black hole in my apartment about a year ago, and things were just disappearing left and right. ... Just like there are different races on Earth, there are different races living on different planets. I wrote a song that says, "There is life on many infinite planets, just like different people have their own different talents."

You tend to fit really complex topics into your songs. Can you tell me about some of those?

I wrote a song talking about the history of my family that's out of print now called "The Mixtape 3." I've also written songs about family members who were dear to me, like my cousin Janet Grange, who was a famous, successful lawyer in the Midwest, and how she believed in God and worked with her Christian Science to become successful. ... I wrote about my white relatives, the McKinnons, who were part Scotch-Irish and German. They gave me free rent while I did gardening and yard work for their apartment buildings for 15 years.

What advice would you give to someone who wants to become an entertainer like you?

What you have to do is the same thing I did and follow the recipe that Jean Stapleton and Doris Day (whom Hart met at the Christian Science Church in Beverly Hills) shared with me: Know that you're success in action, and don't let anyone cut you down or tell you that you're not talented or worthless. You have as much right to be successful as anyone else.

Letter to the Editor: The Moral and Spiritual Character of Christian Science

I enjoyed Micah Smith’s recent interview with entertainer David Liebe Hart (March 17). There is one point I’d like to clarify, however. The brief mention of Christian Science in the interview may give readers the mistaken impression that it’s a religious teaching focused on personal success.

This common misconception misses the true moral and spiritual character of Christian Science. The denomination was founded in 1879 to “commemorate the word and works of our Master (Christ Jesus), which should reinstate primitive Christianity and its lost element of healing.” This purpose includes the healing of sin as well as sickness. The emphasis is on heartfelt worship of God—not on trying to “use” divine power to get things for oneself.

Christian Scientists believe that God has made all of us in His image and likeness, and that we are all blessed by God with unique talents and opportunities to use them. This teaching brings out the infinite worth of every individual, but in no sense does it equate spiritual worth with material success. As church founder Mary Baker Eddy trenchantly put it, “Let it be understood that success in error is defeat in Truth. The watchword of Christian Science is Scriptural: ‘Let the wicked forsake his way, and the unrighteous man his thoughts.’” (Science and Health with Key to the Scriptures, p. 239).