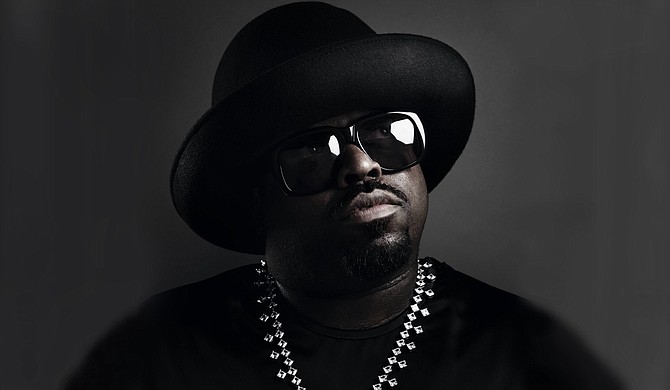 Pop artist, TV persona, producer and entrepreneur CeeLo Green has no shortage of accolades behind him. The Atlanta native has garnered a new gaggle of fans at every stage in his career, from his time in hip-hop act Goodie Mob and soul duo Gnarls Barkley to his solo career and appearances on NBC singing competition “The Voice.”

With his fifth studio album, “Heart Blanche,” which hit stores in November 2015, he decided to return not only to his soulful southern roots but also to what he feels is the purpose of music itself. He’s applying the same sentiment to his southbound The Love Train Tour, which stops in Jackson on Tuesday, March 8. The Jackson Free Press spoke with Green over the phone to discuss his musical philosophy and the many hats of his career.

“Heart Blanche” is fun album but deals with deeper issues, as well. Why did you decide to go that route?

Well, I do believe it’s a bar that I set for myself with projects prior. One specifically could be either one of the Gnarls Barkley albums; those tend to probe more in depth inside the psyche, that emotional instability or emotional issue, and just internal dialog. So therefore, it’s become a practice of mine, and I think, in general, music serves as a means of (catharsis), or at least it should.

I’ve allowed it to be that for me for any real issue or any real question that I’ve ever had for myself or for the world because you also want to be able to communicate to those who’ve yet to have that conversation with themselves or out loud. I believe it’s something that we all deal with either indirectly or directly, and I don’t think it’s anything anyone should be afraid of; we’re all just kind of looking for answers or looking for sense in everything.

How would you say the way you approached that variety of material differs from your approach in the past?

I think the biggest noticeable difference is the fact that Gnarls Barkley is under that moniker, as opposed to “CeeLo Green,” which is an extension of actual self. If there’s any emotional situation addressed, then you associate it immediately with me, as opposed to the enigmatic quality of Gnarls Barkley. It’s meant to be taken more vague, more general and more subject to your interpretation.

Is it difficult, then, to now be the name and be presenting things that are a little more “heart on your sleeve”?

No, because it’s definitely a part of my personality traits, a part of my impassioned point of reference, in terms of where I write from. You know, and I just happen to be a kind of shameless person, if you will. I really don’t have the hang-ups or the fear or apprehensions of the average individual, you know what I mean? I do believe I’m exceptional in my ability to be honest and live out loud, and I think that, typically, that’s the connection between consumer and creator—them having that need to live vicariously through something.

At least, that’s the way music was for me because I lived vicariously through a number of individuals, and ultimately, I found myself and became myself, and not so much the things that inspired me. … I’m not imitating or emulating anybody. I get the opportunity to be exactly who I am because of the best examples.

With the single, “Robin Williams,” I feel like the more we have important figures die, the more that song sticks out. Why was that something you wanted to share on this album?

The significance of “Robin Williams” (is that) I think it will continuously be discovered and be relative to life, death and everything in between, you know. The song was not, of course, meant to be an obituary for Robin Williams himself solely. When I said, “Life reminds me (of Robin Williams),” it reminds me of the losses we’ve endured and the losses to come that are inevitable. It’s a very harsh reality that we all have to embrace in one way or another.

I think music is supposed to empower people, so I wanted to strengthen people who’ve not yet gone through it and utilize the namesake, the life, career and legacy of someone so quotable, so memorable, so invaluable as a Robin Williams to remind people to appreciate the smaller things or just the people in their lives. I don’t mean this to sound macabre in any kind of way, but ultimately, we’re all going to have to lose each other. I’ve been trying to just encourage kindness, acknowledgement and appreciation of one another in terms of humanity, as well.

That’s really something I’ve been concerned about and care about. Music, as a whole, does not offer that sustenance that it once did. I don’t thing songs are varied enough, or music or the artists themselves don’t have that ambition. We all end up getting caught up in our own alter egos and our own newly found identities and become vain or become selfish or become self-centered and single-minded, where you forget about all those people who are rubbing nickels together to buy this music. … Especially when it’s going to be pumping poison right back into you, who the f*ck wants to buy it?

So to utilize a song like that, I mean, it got noticed. But I heard people accuse it of being a cheap shot or some kind of way to try to profit off Robin Williams’ (death). I was like, “Damn, what has happened to us? Why can’t people see the genuineness in that?” ... I’ve been known to pay homage because I’m like a big kid about a lot of this stuff. I mean, I’m just a fan. I grew up with Robin Williams, you know what I’m saying? And I don’t want to say too much, but he embodied so much energy, so much animation, enough to sustain us for all those years.

So how do you respond when you hear those people who had a more jaded reaction to the song?

I didn’t really hear it a lot, but I saw it a little bit. It was like 3 percentile out of 100, so everybody else loved this record, but I responded to it with a deeper sense of urgency, meaning I have to sacrifice, commit and show more compassion more often. It made me want to speak up and be more vocal about what I believe can cause a counter-balance in the music that we digest. You know, it’s all energy, and energy is food, so it’s basically about what we’re eating and the way it’s going to affect our functionality.

I believe repetition can change the human condition, as the lyric states, either the repetition of something good or bad, or the repetition of being totally distracted by things that have no value and have no point or have no merit. It’s just content. It’s just product. We’ve got to imbue some passion back into it or we’re becoming “Planet Z,” you know what I’m saying?

Why did you choose to tour only southern cities for the Love Train Tour?

I’ve been living on the West Coast for the last six years, and it’s basically a homecoming. I’ve been really on a mission to kind of retrace the roots, and it’s all one South, if you ask me. I feel like we’re all kinfolk, and I feel like we’re all related and all extended family. So I’m basically going home to where I started, and I’m bringing love with me. I’m bringing the love that I’ve found and the love that I’ve always had. The only reason I’ve ever continued and been persistent in any kind of way was out of love. Love is the coal that I burn to keep that train going. It’s just the truth.

What other projects do you have coming up that you’re excited for?

Well, I just recently started a new label that’s called Mothership (Entertainment). It was named that in honor of my late grandmother and mother. I signed my first group. They’re called Swagu, and they have a single out called “iPhone Song (Pick It Up).” That’s really great. There’s a video up, so people should check that out. I’m going to be doing great new things in terms of introducing and endorsing and giving new talent an outlet. So that’s my new hat that I’m wearing. And I’ll also be releasing a lot of new music—just being vocal, as I was saying, and putting that ambition and energy into the enterprise of releasing new music.