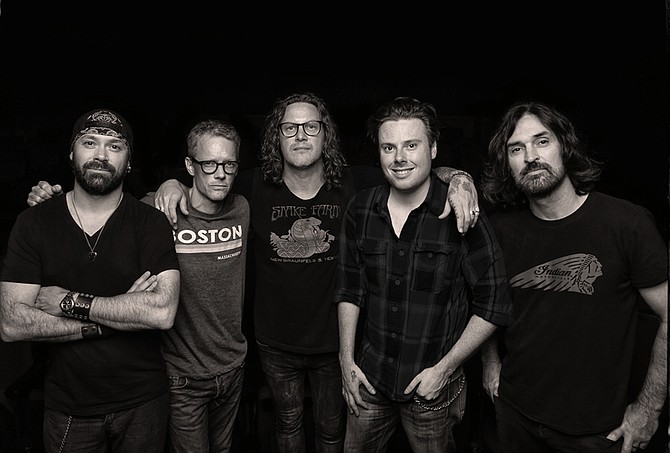 Between changing tastes and up-and-coming acts, there tends to be a tremendous amount of turnover in the music world. Some artists, on the other hand, are able to garner longevity and a faithful fan base to keep them performing for screaming audiences across the world.

That's certainly been the case for Candlebox. The Seattle hard-rock band began playing together in 1991, scoring mainstream success with chart-topping songs such as "Far Behind" and "It's Alright," both of which have since become rock-radio staples across the country. What some casual listeners might not know is that Candlebox has remained active for the better part of the past two decades. Now, almost 23 years to the day since the band released its multi-platinum self-titled debut, Candlebox will perform in Jackson for an acoustic show on Sunday, July 24, at Duling Hall.

What made you decide to mix acoustic performances in with the full-band tour?

We normally don't when we do these full-band tours, but a lot of these venues that I've gone through in the spring or last year acoustically did so well with the acoustic show. You know, we're playing in Biloxi, and we said several times, "We're going to be touring with the full band," and they said, "No, we just want acoustic!" ... It's really just because somebody asks us. You know, we love doing them. For years and years, we didn't. I don't think that we thought the music would transpose itself well enough acoustically. But I was able sit down last year and really work through these songs to make sure that a lot of the stuff we put on the record was able to be played on acoustic. It was really up to me kind of to make it work, and it did. Now, we love it when someone asks us to play an acoustic show. It's just so much more personal and more intimate.

What do you think the acoustic arrangement brings to these songs?

It's the nakedness of the song. You're not hiding behind the loud amps and the big, banging drums and stuff. It's really up to you, as a player, to make that instrument represent the song in the way that the song was written. A lot of the early Candlebox stuff was written on acoustic, and a lot of the latter songs weren't, so having to strip them down and figure them out really offers an insight to what we do and who we are as musicians. I also tell the stories about the songs, which a lot of people don't know what "It's Alright," "Far Behind" or "10,000 Horses" and what not are about.

How has the reception for Candlebox's latest release, "Disappearing in Airports," been thus far?

Luckily, it's been great. I was just sitting with Brett Scallions from Fuel last night, and we were talking about, you know, why we still do this. Releasing a record right now, at this point in our career, I think it seems kind of idiotic because you know you're not going to sell 150,000 units or 200,000 units. I mean, we're a heritage band now. We've been around 25 years, and it's questionable at times. But I think the reason we do it is because we love what we do, and we know our fans look forward to those albums when they've been listening to something for 25 years and are looking for something new from the artists that they love so much. Thankfully, we have those fans that will help us to sell 20,000 or 30,000 records, and they still care. Brett and I just kind of laughed and said, "Are we idiots, or do we just love what we do that much?"

Why did you choose "Supernova" as the second single from the new album?

It's a very sexy song, and I think that right now, a lot of what's happening musically is lacking that kind of great sex vibe of the Stones—not comparing us to the Stones or anything! But "Emotional Rescue" is one of my all-time favorite Rolling Stones songs, and "Love Gun" by KISS is one of my favorite songs, and "Charisma" and that era of KISS where people were like, "Are they going disco? What's happening?" There's something really sexy about that kind of music, and Candlebox has always been a band that's written songs (where) 50 to 60 percent of our audience is female. And thank God! We love 'em. There's something to be said for that, for a band of misfits like ourselves to really still have that female following, and this is a song that, when we recorded it, we knew it was going to get that attention because of the lyrics and the way the song flows, and it's got a feminism to it, I think, that a lot of rock-and-roll bands are afraid of. I'm not. I'm certainly grateful that there's a side of me that's tender, if you will. And it's not a tender song—it's a sexy track—but it does have that element of where I'm not afraid to admit that I have been emotionally and physically destroyed by women my entire life, and I love 'em. As much as they drive me up the fking wall, they make life worth living.

After 25 years as a band, what hasn't Candlebox done musically that you'd like to do?

We've done so many great things, and we've had so many great opportunities, you know. If there is anything I regret that we haven't done, that would be focusing more on the world than the United States. I mean, obviously, this is our bread and butter, where we live, and we've been touring the states for 23 years now. So I'd say we missed a lot. We should've spent more time in Europe, Asia, Australia and South America in the '90s. But we're focused on that now. We've got a European tour coming up, a possible Canadian tour coming up, we're doing an (Australian tour) with Living Colour next May, we're hoping to do Japan and Malaysia, and then we'll be doing South America again next year. So we are extending ourselves. That's what we haven't accomplished that I'm looking forward to accomplishing.

Candlebox performs at 8 p.m., Sunday, July 24, at Duling Hall (622 Duling Ave.). Hugh Mitchell also performs. Tickets are $30 at the door or $25 in advance at ardenland.net. For more information, visit candleboxrocks.com.