Jackson R&B Fest: Bringing It to You 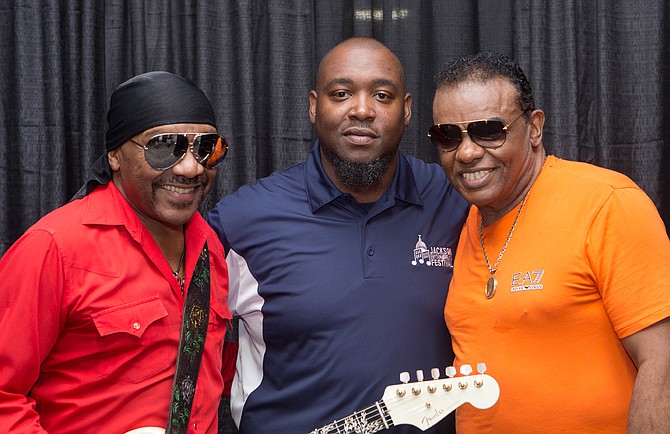 Most international travelers and blues fans would fly into Memphis, taking several days there to visit Graceland and other attractions before visiting Clarksdale or Indianola for a short time, he says. Then, they would leave Mississippi entirely, either heading back toward Memphis or making the drive to New Orleans.

"Jackson was being bypassed," he says. "With all the musical heritage we have in Jackson as it relates to Farish Street, Malaco Records, Ace Records and Trumpet Records, it just makes sense for people to be able to come to the capital city and learn about the rich history here, as well."

In fall 2012, he left his job to launch his artist management and event company, Blue South Entertainment, but it wasn't long before Visit Jackson approached him about creating a festival that would draw music fans into Jackson, where they could learn about the city's heritage while also discovering the music that artists are making here now. In 2013, Thomas became the festival coordinator for the first Jackson Rhythm & Blues Festival.

While the festival still features plenty of blues acts, Thomas says they also made the decision to bring in more R&B, pop and hip-hop after the first year to reach a wider audience. The fourth year of the festival takes place Aug. 19-20 and moves from the Mississippi Agriculture and Forestry Museum to the Jackson Convention Complex, where there will be five stages for music.

Thomas says Jackson musicians make up about 50 percent of the lineup each year and have been vital to the success of the Jackson Rhythm and Blues Festival.

"A lot of times what happens is that you have a big event and focus on the major talent that comes in, but if you don't help bring up your own local talent, they get stuck, or they fall by the wayside," he says. "I think this gives them an opportunity to add to their resume ... and perform alongside some A-listers. That goes a long way when they're trying to promote themselves at other festivals outside of Jackson."

Thomas says one of the best parts of the festival has been delivering some of the largest names to come through the capital in recent years, including Buddy Guy, Dr. John and the Nite Trippers, Ziggy Marley, the Isley Brothers and Chaka Khan. For him, it's also about giving Jacksonians the opportunity to see the iconic artists of previous generations.

"Every day is not promised," he says. "We lost a legend this year with Prince. These artists are not around forever. People in Mississippi who don't generally get a chance to travel to other places to see concerts and shows—we're bringing it to them."