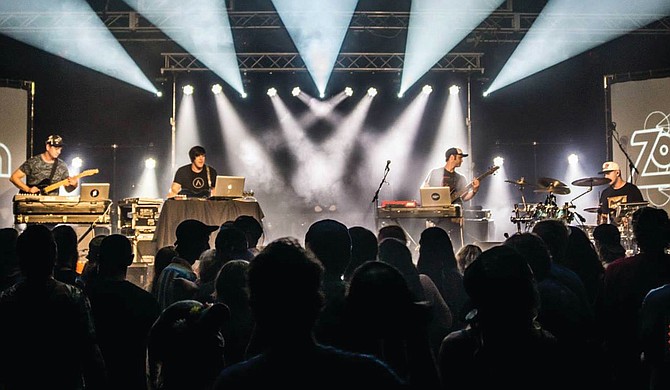 If Widespread Panic's two-night residence in Jackson wasn't enough cause for celebration, show promoter Arden Barnett and crew at Ardenland have created a full schedule of events around the band's arrival. Here's a look at the additional events in store.

Even if you're missing the main event, you don't have to miss all the music. Beside the fountains outside Thalia Mara Mall at 5 p.m., Tupelo-based blues-rock duo Rooster Blues will play a free pre-show—no ticket required. The band wraps up at 6:30 p.m. with plenty of time to find your seat before Widespread's show at 7:30 p.m.

After Thalia Mara's festivities end, head over to Hal & Mal's for Late Night featuring Dayton, Ohio-based classic-rockers The Werks. The doors open at 10 p.m., and music kicks off at 11 p.m. Tickets are $15 at ardenland.net.

Whether Wednesday is your first time seeing Widespread or your second time just this week, you may want a warm-up. Treat yourself to a second free pre-show, this time featuring Jackson's own vibraphone-led jazz trio, the Vibe Doctors, 5 p.m. at Thalia Mara Hall. The band will close as the venue doors open at 6:30 p.m., one hour before the legendary jam band takes the stage.

To stave off the realization that you just saw Widespread's final Jackson performance of this tour, visit Hal & Mal's for another Late Night show with Oxford-born, Nashville-based electronic-rock act Zoogma. Doors open at 10 p.m., and you can grab tickets to Zoogma's onstage duel of lights and sound for $15 at ardenland.net.