Spinning on the Same World 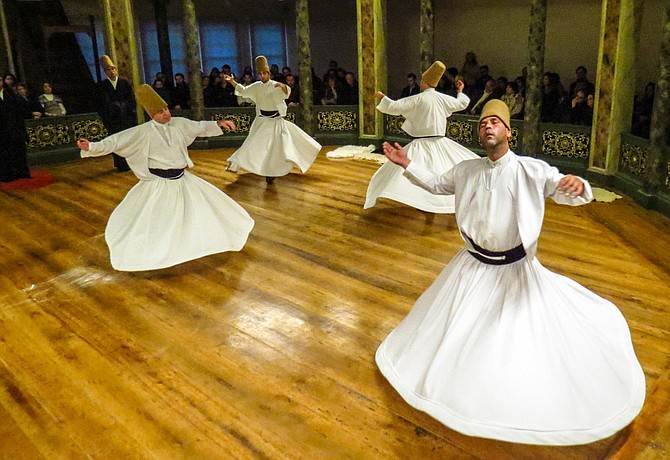 Before Fatih Ozcan, the Mississippi representative for the Dialogue Institute of the Southwest, moved to the United States in 2002, he didn't fully recognize the importance of communication between different cultures. The nonprofit organization, which follows Islamic scholar and social advocate Fethullah Gulen's teachings of tolerance and mutual understanding, was in development in Houston when Ozcan first became involved. When he visited a Christian church one Sunday, the pieces connected.

"I realized that people are believing differently, but they're still believing," he says. "They're worshipping, to me, the same god. That was the moment that I realized the message of Gulen is timely and powerful. Since then, I tried to be involved in as many opportunities as possible with this organization."

That included moving to Jackson in 2009 to help launch the Mississippi branch of The Dialog Institute, which now has offices in New Mexico, Kansas, Arkansas and Oklahoma, in addition to its central office in Texas. One way that Ozcan is helping to bridge the gap between different faiths and cultures is through a program from the Whirling Dervishes of Rumi, which takes place Wednesday, Sept. 23, at Thalia Mara Hall.

"The Whirling Dervishes, what they represent is really close to our goals," Ozcan says. "At The Dialog Institute, we help promote mutual understanding, respect and cooperation among people of diverse faiths and cultures, and we try to create opportunities for communication and meaningful shared experiences to reach that. Through the Whirling Dervishes program, we hope to bring Mississippians a hint of all the remarkable ways of achieving these goals."

Like The Dialog Institute, 13th century Islamic mystic and poet Mevlana Jalaluddin Rumi grew up around clashing cultures. In the area of Turkey where he lived, Rumi regularly interacted with Muslims, Christians and Jews, and became known for his tolerance and understanding.

The story behind his now famous "whirling" is that Rumi heard a blessed rhythm in the hammering of goldsmiths while walking through a marketplace that spoke the words, "There is no god but the God." He was so filled with joy that he stretched out his arms and began to spin. His followers in the Mevlevi order, one of the Sufi orders of Islam, continue this practice as the Whirling Dervishes, and in 2008, the United Nations Educational, Scientific and Cultural Organization acknowledged the act as one of the Masterpieces of the Oral and Intangible Heritage of Humanity.

"Spirituality is a common factor for everyone, and when he felt the grace of God, Rumi realized that everything in the universe depends on turning," Ozcan says. "He considered turning as a divine worship of nature, and by turning, he basically wanted to join the prayer of nature."

At the same time, Ozcan says that you don't have to be a member of the Muslim faith to appreciate the program—far from it. Throughout the years, the Whirling Dervishes of Rumi have added other cultural elements to their joyous and love-centered ceremony, including music and art. The Dialog Institute even hosts a reception with a calligraphy show in the lobby immediately following the program to allow guests to interact with the Dervishes and discuss.

"Experiencing these cultural elements and exposing them to other cultures is very important to understanding that there are other ways of living and other deities in different parts of the world, but (we) are still human beings," Ozcan says. "... We have a very beautiful thing here in the United States, but they have a beautiful thing over there, too."