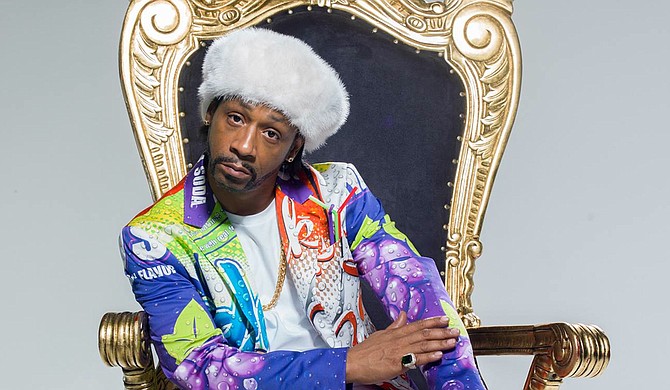 Williams was born Micah Sierra Williams on Sept. 2, 1973, in Cincinnati, Ohio, though he grew up in Dayton. At age 13, he decided to move to Florida after emancipating himself from his parents. While there, he worked as a street vendor for a short time but soon found his calling after improvising a comedy routine for an audience.

From that point, Williams began touring the national comedy-club circuit, working his way up to legendary spots such as The Improv in New York City and The Ice House in Pasadena, Calif., in his mid-20s.

Then, in 2002, Williams started a second chapter of his comedic career when he made his television debut on an episode of "NYPD Blue" and his film debut in "Friday After Next," the third movie in rapper Ice Cube's "Friday" franchise. Williams starred as the character Money Mike, the owner of a store called Pimps & Hoes.

While he continued performing stand-up and made appearances on TV shows such as "My Wife and Kids" and films such as "Rebound" throughout the early 2000s, Williams began using the Money Mike moniker for a sporadic hip-hop career.

"Money Mike" rapped on Baby Bash's track "That's What Tha Pimpin's There For" from his 2005 album, "Super Saucy," and the song "Palm Pilot" from The Game's 2006 album, "Ghost Unit." His last musical appearance was on Hell Rell's 2013 hip-hop commentary song, "Lames in the Game," though Williams opted to use his comedic stage name instead.

Through his latest comedic tour, "Conspiracy Theory," Williams discusses disparate topics such as the U.S. space program to the difference between evolutionists and creationists, alongside current social issues, including police brutality following the events in Ferguson, Mo., and Baltimore.