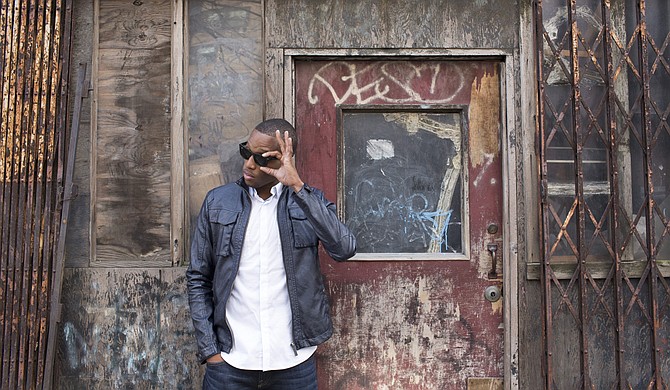 When the floats stop floating and the bead supply runs dry, Mal's St. Paddy's Parade still has more entertainment to offer. Here's a look at the bands that will wrap up the day at the official after-party and awards ceremony at Hal & Mal's.

New Orleans native Troy "Trombone Shorty" Andrews is proof that musical prodigies exist. At 6 years old, Andrews led brass bands during parades around his hometown. Starting at age 12, he began performing with various artists on international tours, including a 105-show tour with Lenny Kravitz in 2005. Andrews was only 19 at the time.

When Ivan formed the band to back his solo performance at the 2003 New Orleans Jazz & Heritage Festival, he intended it to be a one-time engagement. Instead, the funk band has become a recurring presence at major music events across the nation, including Voodoo Fest, Bonnaroo and the Peach Music Festival.

There's Ozzy Osbourne, there's Latin music, and there's funk. Never the trio shall meet. Except, when they do, it turns out to be amazing. Since Brownout, a band from Austin, Texas, began touring with its Black Sabbath cover show in early 2014, the nine-piece Latin funk act has drawn plenty of unexpected attention. Major publications such as the Boston Globe and USA Today have printed articles about the band. The band's self-titled seven-track record also earned some accolades. "Brownout presents: Brown Sabbath" appeared on NPR Music's "50 Favorite Albums of 2014" list alongside releases from Mary J. Blige, Jenny Lewis and Robert Plant.

Like its brothers in Brownout, seven-piece Roxy Roca from Austin, Texas, benefits from its musical hometown. Vocalist Taye Cannon's early years in Alabama were a meld of punk rock and classic soul. After moving to Austin, he formed his first band, Mocktigers, which leaned heavily toward the former, but at heart, he still considered himself a soul singer. Roxy Roca began to take shape after Cannon met guitarist Errol Siegel. Since the horn-fueled soul-funk band debuted at an after-party for the 2010 Austin City Limits Music Festival, Roxy Roca has performed with major acts across the board, including Bone Thugs-N-Harmony, B.B. King, and all three of its St. Paddy's Parade co-stars. The band released its Stag Records debut album, "Ain't Nothin' Fancy," in late February.