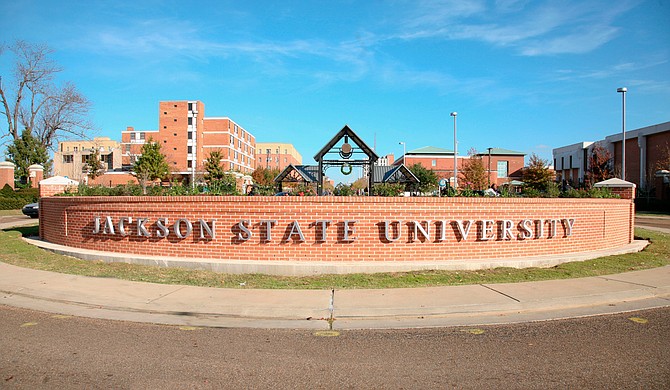 When it comes to scoring its long-sought domed multi-use stadium, it's hard to know whether Jackson State University is threatening in the red zone or looking at a Hail Mary scenario.

Michael Thomas, the chief-financial officer for Jackson State, said March 6 that while a stadium is still in the school's long-range plan, JSU's legislative priorities are to seek funding for two new schools, one of public health and another for social work.

Initial plans are for a stadium is designed for football, basketball, concerts and special events. For football games, the stadium would hold about 50,000, while it would pack 17,000 fans for basketball games and 21,000 for concerts.

JSU had picked out a site near Battlefield Park, but that location met opposition from neighborhood associations. Now, Thomas says the school is looking at another site downtown, near the Jackson Convention Complex although he did not offer specifics.

The new schools and stadium are all part of JSU's master plan, which calls for extending the main west Jackson all the way to downtown, where the school is renovating a building to house its department of Urban and Regional Planning and Public Policy and Administration as well as the Institute of Government.

During a March 6 presentation of the plan at Koinonia Coffee House, Thomas explained that the university and its development foundation have been acquiring property around west Jackson, but he emphasized that there would be no "quick take."

In 2008, JSU pushed a bill that would allow it to take property through eminent domain. The so-called quick-take plan met fierce blowback from community groups and the bill died without before it got out of committee.

JSU's master plan aims to give the campus a more collegiate feel by lining the outside of the campus with trees and a more pedestrian-friendly experience by pushing parking to the edges of the campus.

Renderings show that the proposed School of Social Work would sit near the overpass at Pearl and Gallatin streets. Ideally, Thomas said, students will one day be able to take the approximately 20 minute walk from the downtown building to the heart of the west Jackson campus.

Funding is the big obstacle. Jackson State University isn't faring much better than the city of Jackson in terms of its legislative checklist. At the start of the session, lawmakers filed several bills on behalf of one of the nation's most storied historically black universities.

Two bills, one from state Rep. Angela Cockerham, D-Magnolia, and the other from state Rep. Earle Banks, D-Jackson, each sought a $2 million to help JSU get started on building a school of public health.

Banks also sponsored a bill to sell $5 million in bonds for Science, Technology, Engineering and Mathematics (STEM) program and two more bills to renovate Rose E. McCoy Auditorium and the College of Education and Human Development. Now it appears, the school's last best hope is to get $8.5 million in the Institutions of Higher Learning appropriations bill.