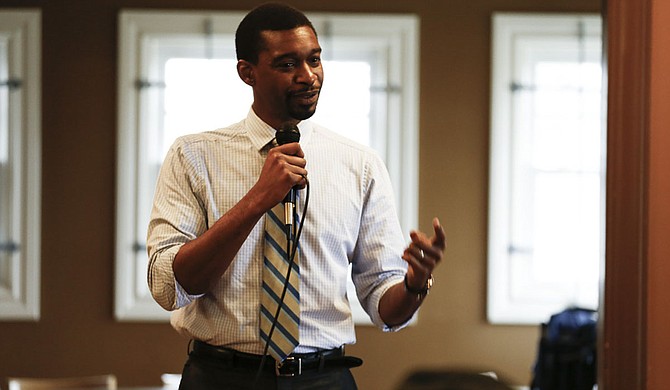 Oftentimes, that's because the stodgy old number crunchers view investing in software, servers and computers as luxuries—expensive tools that make it easier for shiftless employees to do less and less work.

But many current members of the Jackson City Council see things differently, and there is a growing appetite among them to invest in technology upgrades that are critical to tackling the city's fiscal challenges.

Ward 6 Councilman Tyrone Hendrix has his sights set on a service that would let citizens get a real-time snapshot of Jackson's finances.

The Redwood City, Calif.-based company OpenGov would charge the city a flat fee to convert financial data into an interactive website. During a telepresentation to the city council in early March, representatives from the company told the council that 275 cities have purchased their service, including the City of Los Angeles, which has an annual budget of $28.5 billion.

"When you open up the city, you get to leverage the expertise and talent you have in the city of Jackson," Hendrix told the audience at today's Friday Forum at Koinonia Coffee House.

Based on Jackson's $400 million budget, OpenGov's representative estimated their service would cost $21,000 per year with no maintenance or service fees. Implementation would cost $3,000 and would take less than one month.

Studies show that greater transparency and access to public information may improve the economy. Ward 3 Councilman Melvin Priester Jr. said using such a service would help the city manage the budget throughout the year instead of starting the process of piecing together a spending plan in August.

Jackson would be the first municipality in the state to sign on with OpenGov, but Jackson State University has also purchased the system and will be coming online in a few weeks.

Hendrix told the Jackson Free Press that OpenGov is putting together a proposal for the council's consideration, but said he's open to any company that can perform a similar service.