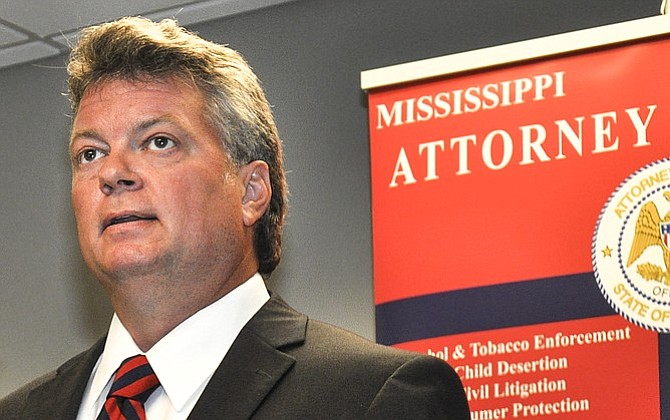 But, Hood, a Democrat, said a federal appeals court in New Orleans must first lift a hold on a gay-marriage court case from Mississippi. He said he doesn't know how long that could take.

Hood's statement created confusion — and frustration — among some same-sex couples who stood in line at circuit clerks' offices to apply for licenses.

Tiffany Brosh and Laurin Locke of Pearl filled out an application in Hinds County. So did Knol Aust and Duane Smith of Jackson.

Brosh, 26, said she and Locke, 24, have been together three years and had a wedding last October in Ocean Springs, but it wasn't legally binding because of the state's ban on same-sex marriage. Brosh said they were disappointed about not being able to legally marry on Friday.

Aust, 39, and Duane Smith, 40, both from Jackson, have been a couple 17 years. Aust said he thought it was possible clerks might not immediately issue marriage licenses, "but it did sting a little."

They were hoping to marry Friday, with a more elaborate celebration later. Hood's statement appeared to put their plans on hold, at least temporarily.

"We have always felt we had a marriage," Aust said. "We're more than happy to get this legal portion out of the way."

U.S. District Judge Carlton Reeves on Nov. 25 overturned the state's definition of marriage as only between a man and a woman, but same-sex couples were temporarily banned from marrying in Mississippi while the state asked the 5th U.S. Circuit Court of Appeals to overturn Reeves' ruling. The appeals court heard arguments but did not rule.

Reeves agreed with the plaintiffs' argument that same-sex couples deserve equal protection under the law, as defined by the 14th Amendment of the U.S. Constitution. He also wrote that legalizing same-sex marriage would encourage development of stable families.

"They came in, applied and paid their money," Dunn said. "I told them if they would allow me to keep this, when it became law we would already have them ready to go."