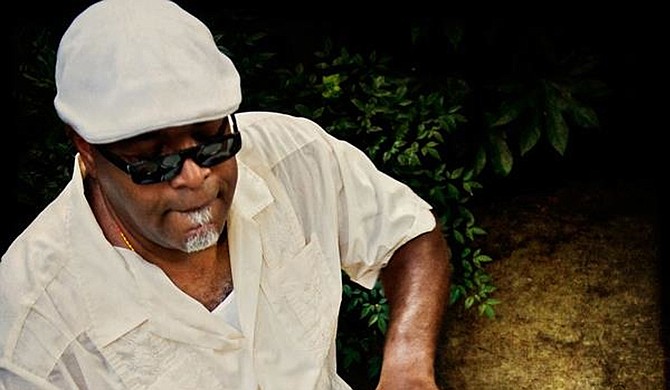 Adib Sabir has a different perspective on Jackson music, one gained from nearly half a century in the industry. Growing up in the golden age of Mississippi's blues and jazz made one thing abundantly clear to him: Legacy matters.

Sabir spent his formative years on the campus of Tougaloo College, where his father, George A. Owens, was president from 1964 to 1984. As a young boy, Sabir wasn't afraid to be in front of an audience, which gave him plenty of opportunities to act and sing. However, his interest in music didn't fully form until he started attending Jackson State University in the late 1960s.

"I started out as a solo artist. Then, I was working with a group called The Age of Aquarius. I was the lead vocalist, and it was kind of a big band—horns and everything," he says.

In 1971, members of The Age of Aquarius formed a fusion act called The Great Escape. Sabir played in that band with bassist Arthur Powell and drummer Amin Abdur-Rashid.

With The Great Escape, Sabir was able to record for Stax Records songwriter Joe Shamwell and acclaimed Nashville musician Kyle Lehning at Glaser Brothers Studios. But ultimately, little came out of the project. After about two years, Sanders left for college, and Powell moved to Vicksburg.

"I think it was ahead of its time because we were working out of different time signatures but doing funk," Sabir says.

In 1974, he joined The VIPs with vocalists Jewel Bass and Henry Rhodes and drummer Jimmy Brinson, who also played with The Chi-Lites. After a short time, the band evolved into The Natural High and became a regional success. You can still find The Natural High's music, though you'll need to have a translator handy.

"Some of our music is for sale in Japan. In fact, the album is pretty expensive. It's a collector's item," Sabir says. "I've been in the business now for about 45 years, so you know, that just comes with the territory. You do stuff, and some of it takes off. But back then, the thing was, you just wanted to get a record out, so you'd sign everything away."

Sabir says that's "just part of the game." He wouldn't expect any financial reward from his old music unless The Natural High decided to reconnect and tour.

"And it would have to be in Japan," he says, "because nobody but old people remembers us here."

In the meantime, Sabir, 66, still performs regularly. He recently recorded an album with Paperclip Scientists, which he expects to release in September. He's also an original member of The Vamps, which has been together for about 16 years. His cohorts in The Vamps include well-known musicians Barry Leach, Denny Burkes, Bob Pieczyk, Terry Miller and Kevin Lewis. Saxophonist Booker Walker recently decided to step away from the band, but he's a notable name, having appeared on multiple B.B. King albums.

"I like to tell about these guys because no one ever mentions them, and I get a chance to work with them," Sabir says. "You know, even though we're friends and peers, I still admire them greatly."

Sadly, it's an admiration that some of Jackson's younger musicians don't share. Sabir came up in the local club scene, "the actual training ground," he says, where he and his peers performed alongside much more experienced players. While he respects the talent in the current generation, he's noticed a lack of one vital skill.

"It's the ability to tell stories and interpret music in a way that makes people feel something," he says. "... When the old cats play blues, you can tell we're really playing blues. Some of the young guys play and the attitude I generally hear is, 'Well, that's just the blues.' But that's your legacy. That's your gift. And that's the riches that were passed on to you."