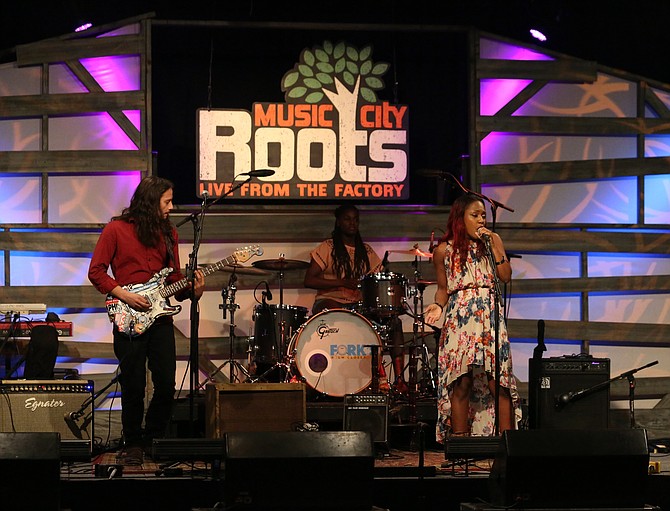 As a 5-year-old, Ori Naftaly couldn't stay away from his father's record collection. He would place the needle and listen to jazz, blues, funk, and soul music from Memphis and New Orleans, thousands of miles from his home in a small town 20 minutes north of Tel Aviv, Israel. That year, he began playing guitar, emulating those American artists as he grew and formed his own style.

"When I was about 16 or 17, I was already gigging and teaching (guitar lessons), all that stuff. I was already touring with my band when I first heard about The Blues Foundation's competition, the International Blues Challenge in Memphis," Naftaly says. "I was like, 'OK. Well, I need to go there.'"

In 2013, after winning a preliminary competition in Israel, Naftaly made it to perform at the IBC, earning a spot in the semi-finals and selling 150 albums before returning home to Israel. Then, that October, he came back to Memphis and never left. The culture is quite different from what he grew up with in Israel, Naftaly says, but Memphis, and the South in general, were his first introduction to the United States.

"I've been to San Francisco, I've been to Montana, and I've been to Florida and New Orleans and New York, so yeah, I've seen it all. But for me, Memphis is America," he says. "Really, I love it. And yeah, the South, you know, we have our problems, but I came from a country full of problems, so I'm not really intimidated by that."

Memphis also provides a home base for the rotating members of his blues, soul and funk outfit, The Ori Naftaly Band. Outside of major names such as Kenny Wayne Shepherd and Derek Trucks, Naftaly says it's less common to find bands with a guitarist as the frontman. Although he can sing, Naftaly realized that focusing on guitar meant that he could draft first-rate vocalists, including the band's current singer, Tiernii Jackson.

Jackson joined the group in April of this year, replacing former singer Eleanor Tsaig, who performed with the group for about three years. Naftaly began changing the lineup after he felt the group was stuck, which was simply not an option for him.

"I'm here on an artist visa. If I'm not going to keep progressing as a musician, then I'm not going to be in this country because nobody will book me. So I have to keep working, keep improving," Naftaly says. "If I'm playing your club in 2013, and in 2015, I sound the same, we have a problem."

Of course, if you combine a powerhouse singer with a name like The Ori Naftaly Band, there's bound to be confusion.

"Sometimes people will think it's her name, but I don't really care," he says with a laugh. "If they like the music then they'll find out what it's about. But they would not hear about us if I didn't have a talented singer working with me and writing with me."

While the band performed in Jackson a few months ago, Naftaly says listeners can already expect a different sound when the group—which will feature Jackson's younger sister, TK Jackson, on drums and bassist Denzel Mitchell—returns July 24. The changes derive from conflicting schedules, but Naftaly says they can be positive.

"We tour a lot, we work a lot, and when you want to have good musicians, they're already busy. Otherwise, how else would you know about them?" he asks. "... But if my musicians play with other musicians, they're going to get better. If they're just playing with me, at some point, we're going to be blocked by our own experience. We're going to need more people to make us better. So I'm not envious. If anything, I'm happy—as long as they're not cancelling dates!"