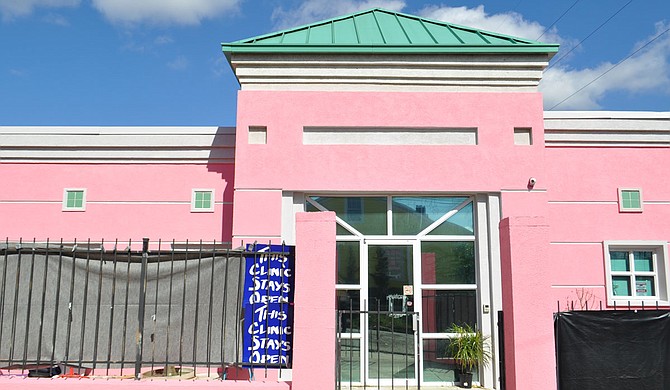 Mississippi's last abortion clinic, which has been fighting a state admitting-privileges law for three years, is open—for now.

The 5th U.S. Circuit Court of Appeals had ruled that the law, passed in 2012, was unconstitutional; the state appealed to the U.S. Supreme Court, which decided neither to review nor reject the case before the end of the term, leaving the Jackson Women's Health Organization open but in limbo.

Now, the Supreme Court will consider hearing the case when it reconvenes this September.

The 5th Circuit ruled differently in the Texas case than on the Mississippi one mainly due to accessibility. Almost a year ago, the federal appeals court ruled in favor of JWHO. U.S. Circuit Judge E. Grady Jolly wrote that "Mississippi may not shift its obligation to respect the established constitutional rights of its citizens to another state."

The nation has seen a surge in abortion restrictions since 2010—282 the Guttmacher Institute said in a report released July 1. Since January, it said, states have enacted 51 new restrictions.

Elizabeth Nash, a senior associate at Guttmacher Institute, said the spread of so-called TRAP, or Targeted Regulations of Abortion providers, have tracked along geographic boundaries. Primarily, states in the South and the Midwest are adopting abortion restriction laws, while the Northeast and West Coast are not. Nash said Mississippi's law is not justified and agreed with the 5th Circuit's ruling last year.

"What would make a lot of sense is for this law to be repealed so that the clinic can remain open, and they would be able to provide more services. That, however, doesn't seem to be in the cards in the Mississippi Legislature," Nash said during a conference call with media to discuss the report.

"The next step then could potentially be trying to increase access to services by, hopefully, opening another clinic in Mississippi because obviously there is a need."

Dr. Joycelyn Elders, the former U.S. Surgeon General and a professor at the University of Arkansas, said on the call that things might get harder before they get easier.

"We probably all know that most of these laws were not put into place for the protection of women," she said. "They were put into place to try and prevent abortions."

When Gov. Phil Bryant signed the state's admitting-privileges law, he said he wanted to end abortion in Mississippi.

Attorney General Hood, whose office is providing counsel for Mississippi State Department of Health Director Mary Currier's petition targeting the clinic, asked the nation's highest court in February to overturn the 5th Circuit's ruling. Hood, a Democrat, wrote that the 5th Circuit decision "effectively places the clinic beyond the regulatory reach of the state."

Hood's statement said there were two distinctions in the Mississippi case: "for several years Mississippi had already required doctors performing outpatient procedures other than abortion to hold admitting privileges, and Mississippi currently has only one licensed abortion clinic, which complains that it cannot comply with a rational health and safety regulation."