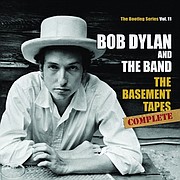 2014 was a great year for music lovers, with plenty of great new albums and reissues to breathe new life into old favorites. Here are some of my favorite musical moments of 2014:

Several albums were released this past year that made my choice a difficult one. Weezer's "Everything Will Be Alright in the End" and Beck's "Morning Phase" were certainly in the running. I'm thankful there was so much good music to choose from. Jack White's "Lazaretto" won out, though, because I see this being an album of historical significance.

It debuted at No. 1 on the Billboard album charts, but more significantly, it sold over 86,000 copies on vinyl, according to Nielsen's music-sales tracking system, SoundScan. The international success of this musical portrait of Jack White's evolution as an artist also announced the return of the vinyl LP in a major way. White continues to be an innovator, and this album will be remembered as a landmark for his career.

It's hard to believe that a small town in northern Alabama would become a musical Mecca in the early 1960s. This masterful documentary from director Freddy Camalier examines the area's humble beginnings and traces its history through the era when artists such as The Rolling Stones and Cher were punching the clock at Muscle Shoals Sound Studios at 3614 Jackson Highway.

The region also boasted some of the finest soul musicians ever to play on vinyl. The film also tells a deeper story of the Civil Rights Movement and its effect on Alabama and the local music scene. "Muscle Shoals" tells an interesting tale and sheds light on several watershed moments in the American South. This is a movie for all people, not just music fans, to enjoy.

"The Basement Tapes Complete: The Bootleg Series, Vol. 11" by Bob Dylan and The Band

This deluxe six-disc set explores the music that Bob Dylan created in 1967 while holed up in upstate New York, recovering from a motorcycle accident. "The Basement Tapes" reached an almost mythical status among music fans in the late '60s when the recordings were widely bootlegged. In 1975, Columbia Records released a condensed version with some new overdubs from The Band, Dylan's musical cohorts during that period.

"The Basement Tapes Complete" dispels any mystery surrounding those sessions, presenting every recorded take in chronological order. Most of it is throwaway material of the musicians simply fooling around or playing with one of Dylan's earlier songs. But it does contain the musical bridge between Dylan as the folk hippie guru and the country-rock crooner that emerged in the late '60s. There is a two-disc shorter version for those who don't want to delve into the massive deluxe set.

Also worth noting here is the newly released "Lost on the River: The New Basement Tapes" from producer T Bone Burnett. Current musicians, including Elvis Costello, Jim James of My Morning Jacket, Marcus Mumford of Mumford & Sons, Taylor Goldsmith of Dawes, and Rhiannon Giddens of Carolina Chocolate Drops, complete some of Dylan's unfinished lyrics and song ideas from 48 years ago. It serves as a perfect companion to "The Basement Tapes Complete."

We have plenty to look forward to in 2015. This year marks the 80th birthday of Elvis Presley, and that means plenty of offerings for fans of the King—old and new. In another monumental milestone, The Who will tour North America in celebration of their 50th anniversary. Here's hoping you all have an excellent and music-filled 2015.