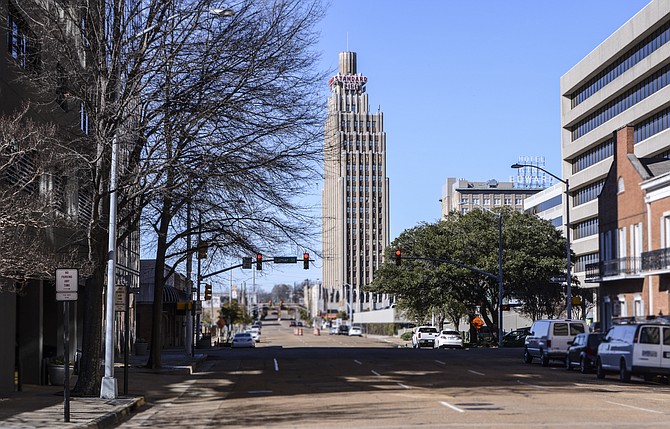 In downtown Jackson, utility crews whacked off the tops of Bradford pear trees to prevent them from growing into power lines. Iron grates on Congress Street choke the growth of some trees, as the foliage has been left to grow where it pleases.

Such poor planning is part of the reason that Jackson's central district lacks curb appeal, said Ben Allen, president of Downtown Jackson Partners. He calls Bradford pears a "fad tree." And the holly trees on Pearl Street planted over 20 years ago "are still ugly bushes," he added.

Allen said it is important for the city to have a sustainable tree-planting program. The goal of Downtown Jackson Partners, he said, is to redo all the trees downtown over the next 10 years, in addition to its current effort to rehab Smith Park.

"We discovered that we really needed a plan so we don't have, 20 years from now, Pearl Street populated by 20-year-old holly bushes—we want the trees," Allen said. As long as he's been working in Jackson, since 1997, only hollies have lined Pearl Street.

In 2010, the state decided to cut down 10 to 12 decades-old oak trees on State Street because their roots grew at such a large radius around the trunk that they created problems for the city's foundation and caused the trees to die. The city replaced them with 23 shumard oaks—a tree better suited for streetscapes, Allen said.

It is this kind of replanting, after devising a better thought-out plan, that Allen hopes the new green organization will do.

Allen is taking tips from Baton Rouge GREEN, a program founded in 1987 that has planted more than 35,000 trees across the city. A group of Jacksonians interested in forming a similar nonprofit will travel to Baton Rouge Jan. 28 to learn about how the group was organized and funded.

When Courtright asked Allen for the name of a sustainable green company in Jackson that looks at long-range plans for tree planting, "I said, 'We don't have one,'" Allen said.

But, Allen said, the forestry council doesn't specifically work in Jackson, and Keep Jackson Beautiful doesn't have the kind of funding needed to plant and maintain green spaces downtown.

In 2011, a nationwide project and federal partnership called "Greening America's Capitals" nominated Jackson and paid for a study of downtown. The 2012 study resulted in a plan to increase the green infrastructure on Congress Street. The plan also addressed possible improvements to Smith Park, which Allen said are similar to the changes they are in the process of making. 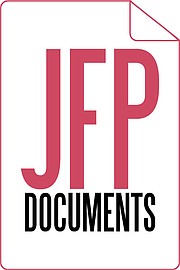 "Green infrastructure" does not just entail the planting of trees, but also the use of vegetation and soil to manage and clean rainwater. This can help protect water quality and has many environmental benefits.

Not to mention, the value of city spaces rises when they are surrounded by a green, lush environment, Allen said.

But the federal greening initiative did not advise Jackson on how to complete its proposal, nor did it create a mechanism for funding the project. "All it did was tell us what we ought to do," Allen said.

Still, he said, Courtright likes the plans in the federal report and may incorporate them into his long-term vision. It will be up to the nonprofit that Allen hopes to help form to find a way to get it done, along with greening the rest of downtown. While the new organization would look at the infrastructure of downtown as a whole, Allen said his priority is to plant trees on Pearl Street.

Baton Rouge GREEN relies heavily on its volunteer partnership with the community and surrounding universities. Sponsorships from individuals and businesses also support the group.

The Jackson GREEN project is in early stages and will be a separate organization from Downtown Jackson Partners, Allen points out, but "somebody's got to push it, and that's our role, to get it going," he said.

Correction: A previous version of this story misstated that the city decided to cut down several oak trees on State Street and replace them with crepe myrtles. It was the state who made the decision to cut down the trees and they were replaced with shumard oaks, not crepe myrtles. The Jackson Free Press apologizes for the errors.