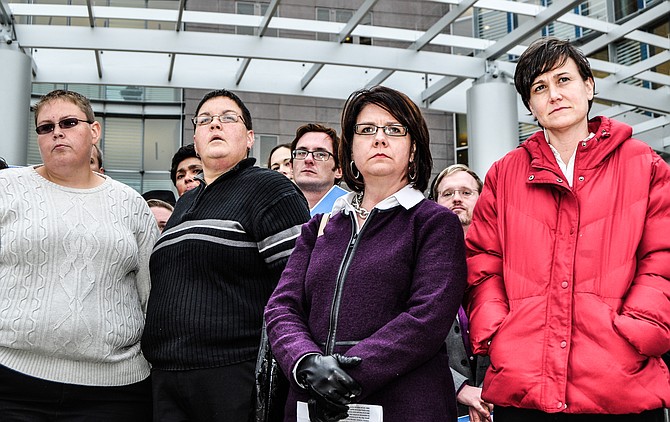 The future of same-sex marriage in Mississippi hinges upon arguments that begin Friday, Jan. 9. The 5th U.S. Circuit Court of Appeals will hear oral arguments in three cases: Robicheaux vs. Caldwell in Louisiana, Campaign for Southern Equality vs. Bryant in Mississippi and DeLeon vs. Perry in Texas.

The court will hear the cases separately in a New Orleans courthouse beginning at 9 a.m. The 5th Circuit has jurisdiction over these southern states, and its ruling will determine the constitutionality of those states' bans.

During Mississippi's case, U.S. District Judge Carlton Reeves, who was appointed by President Barack Obama, came to the "inescapable conclusion that same-sex couples should be allowed to share in the benefits, and burdens, for better or for worse, of marriage."

On one side, the plaintiffs—two couples, Andrea Sanders and Rebecca Bickett, and Jocelyn Pritchett and Carla Webb—argued that Mississippi's same-sex marriage ban violates the Due Process and Equal Protection Clauses of the 14th Amendment. Attorney Roberta Kaplan represented all women. She also successfully argued the 2013 federal case, United States v. Windsor, which struck down the Defense of Marriage Act.

On the other side, the state stressed popular vote: that 86 percent of Mississippians voted to enact the ban in 2004.

Gov. Phil Bryant is taking a similar approach to the issue of same-sex marriage in the state. "I'm probably not an expert in the constitutional arguments before the court. But what I will say is I understand the people of the state of Mississippi spoke clearly through a constitutional amendment. ... Any governor's oath of office is to protect the constitution, and that's what I intend to do," Bryant recently told the Associated Press.

But Reeves reminded the state during the Nov. 12 hearing that a majority vote does not justify the erosion of a group of people's rights.

The state also argued that Judge Reeves should not strike down the state's ban until higher courts—like the 5th Circuit—rule on the issue. Reeves did issue a stay to allow the state time to appeal to avoid an "on again off again" situation with legality of same-sex marriage.