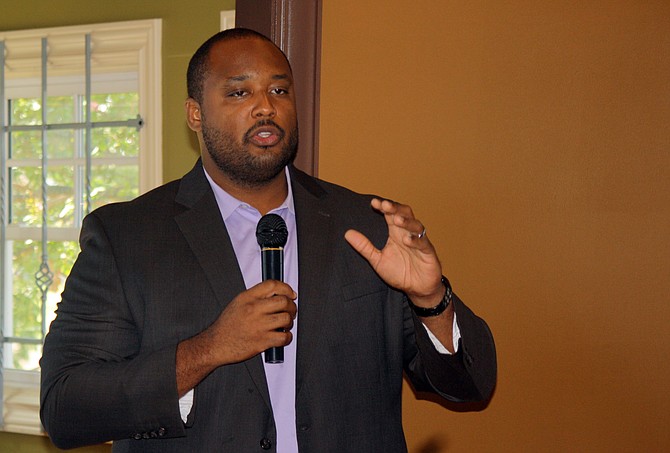 Over the last several days, the Mississippi Legislature has hit a calmer patch of the session as it deals with the state budget, despite the week beginning with racist comments from Rep. Gene Alday, R-Walls, flooding the media.

"I come from a town where all the blacks are getting food stamps and what I call 'welfare crazy checks.' They don't work," Alday said in an interview with The Clarion-Ledger published Feb. 15.

The comment came after a reporter asked the representative about education funding in the state. It also came after Alday claimed, "I don't see any schools hurting."

School funding always prompts a major fight between Mississippi lawmakers, but Alday's statements illustrate more than apathy toward the condition of education—they perpetuate the cycle of poverty and racism in the state.

He apologized on the House floor Tuesday, but Rep. Robert Johnson, D-Natchez, said the offering would mean more if the Republicans who decried his use of stereotypes actually made an effort to prove their beliefs by pushing for greater education funding.

"Let's do something," Johnson told the Jackson Free Press. "Let's not talk about it."

The House did vote Wednesday to increase spending on the Mississippi Adequate Education Program by $106 million, but public-school advocates argue that the increase still shortfalls MAEP by over $200 million.

Rep. Steve Holland, D-Plantersville, said the week has been so boring compared to recent weeks that they adjourned halfway through the day Thursday. The lackluster floor meetings have done more to highlight what the Legislature is not discussing this session, like Medicaid expansion—though there are bills aimed at addressing most of the concerns Alday's statements have triggered.

Who Should Tax Cuts Go To?

Though the House has voted to recognize the state of poverty in Mississippi under House Concurrent Resolution 14, lawmakers aren't taking much action to improve the economic status of the poorest counties in the state.

Instead, the state leadership is focusing efforts on securing tax cuts for businesses under Senate Bill 2839—the Taxpayer Pay Raise Act—to the tune of $400 million. "Our fiscal management over the last three years has put us in the position of getting more money back in the pockets of taxpayers," Lt. Gov. Tate Reeves said in a press release.

The tax proposal would get rid of the state's franchise tax and the taxes on the lowest income bracket—those who make between $8,300 and $13,300. It would also cut the self-employment tax in half by letting business owners deduct 50 percent of their taxes, which the leadership touts as help for small business owners.

Corey Wiggins, director of Mississippi Economic Policy Center, said the fact that the state is becoming more economically secure means that it has an opportunity to fund programs to help the poorest in the state.

"We have underfunding in our public schools, we have 19 percent of our population uninsured, and we're having a conversation about cutting corporate taxes. And we think this conversation should focus on investing in things that matter like public education, healthcare," Wiggins said.

Sen. Joey Fillingane, R-Sumrall, said a "difference of philosophy," is what creates a divide between people on what to use government funds for.

"Should we spend all the excess money on one issue, like education? Or should we recognize that the people who are funding this bill are the taxpayers and maybe it's time for them to get a little break as well," Fillingane said. "Some people look at taxes and say, 'That's the government's money.' We look at that and say, 'It's the citizen's money that the government is taking from them in order to fund certain things.'"

Fillingane said it is OK that citizens are taxed to pay for public programs, but that "at some point, does it become too much?"

Wiggins said an earned income tax credit, which gives an 8 percent refundable tax credit to working families regardless of income, is one solution—beyond funding education and health care—that Mississippi could enact to help families in need. The MEPC worked up a brief showing that the EITC "gives many (struggling) families the boost they need to be more financially secure."

Wiggins points out that the EITC would only go to families who work, particularly low-income families. The program has garnered bipartisan support in 25 other states because of how it incentivizes people to work.

"For families with very low earnings, the credit increases with each additional dollar earned, encouraging them to work more," the brief states.

The study shows that Mississippi's lowest-income workers, an estimated 150,000 working households, would not benefit from the Working Families Tax Credit, which Gov. Phil Bryant proposed in his 2016 budget recommendation in November and gives a 15-percent non-refundable tax credit to working families.

But Wiggins also said that when it comes to Mississippi's economic landscape and its business friendliness, having an educated and healthy workforce "makes Mississippi a good place for businesses to locate."

"And we understand that it takes funding," Wiggins added, for Mississippians to be educated and healthy.

For the state to achieve a higher medically insured population and help hundreds of thousands of working poor become insured, "Medicaid expansion would be the smartest and the easiest," said Jarvis Dortch, communications coordinator for the Mississippi Health Advocacy Program, who is also running for the House of Representatives this year.

But he understands the reality of Mississippi's stubborn Legislature, so he said the health advocacy program is looking at alternative plans that use Affordable Care Act funds without being directly linked to the federal insurance program.

Rep. Toby Barker, R-Hattiesburg, authored a proposal to create the Commission on the Future of Medicaid and Health Care in Mississippi to study and make recommendations regarding health care in the state under House Bill 957, which passed Feb. 11.

"We know that there probably isn't a need for a commission. There's solutions out there; we just aren't really considering them right now," Dortch said.

Though Republican lawmakers have been critical of ACA, Dortch notes that the federal program has already saved the state on some Medicaid costs. Republicans, Dortch said, are complaining about the increase of children on Medicaid—but that more children with health insurance is a good thing.

"We have more children covered at about the same cost that we were spending before," Dortch said.

The House also voted Feb. 10 to give grants to rural hospitals not to exceed $10 million. Mississippi hospitals are hurting due to a loss in federal funds. The ACA was designed to make up for the funding cut, but the state never adopted the program.

"It's very simple. In states that expand Medicaid, there are more paying customers and greater revenue for hospitals, providers and doctors. Its states like Mississippi, the working poor are forced to seek emergency room care, and the hospitals are left with the bill," the health advocacy center explained in a news release.

Expanding Medicaid under the ACA would bring $8.7 billion in federal funding to Mississippi, whereas the Legislature is crafting plans to give small grants to hospitals under House Bill 114.

The House also approved a plan to issue bonds to Attala County's suffering hospital, all while ignoring the conversation around expanding Medicaid. The bill, House Bill 1419, would give Attala County three options: taking on $5 million in debt to pay for outstanding bills; short-selling the indebted hospital and taking on its debt; or filing bankruptcy on the hospital and its debt.

If Republicans say they can't afford to expand Medicaid, Dortch argues that the money allocated through these bills could cover the administrative costs associated with adopting ACA and insuring 300,000 uninsured Mississippians.