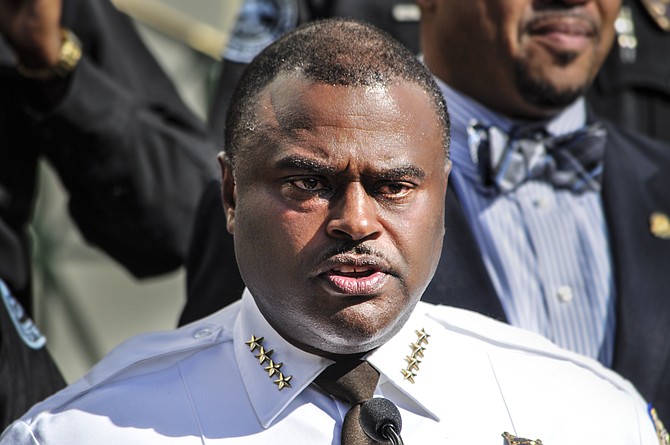 It is up to Hinds County Sheriff Tyrone Lewis, not local judges, to hire and assign courtroom bailiffs, the Mississippi Supreme Court ruled Thursday. Photo by Trip Burns.

It is up to Hinds County Sheriff Tyrone Lewis, not local judges, to hire and assign courtroom bailiffs, the Mississippi Supreme Court ruled Thursday.

The ruling grew out of a dispute that started two years ago, when Hinds County Senior Circuit Judge Tomie Green reaffirmed an order first issued in 1996 giving the circuit court authority to hire bailiffs, set their salaries and schedule when they would work. Other judges on the court have supported the order.

Lewis challenged that order, which he argued in court usurped his constitutional powers. The state Supreme Court agreed with Lewis, handing down a unanimous decision Feb. 19 vacating Judge Green's orders.

"The Legislature has empowered the sheriff with the authority to appoint, remove, and compensate bailiffs. The sheriff's duties determine the duties of the bailiffs; thus, bailiffs are always assigned to the sheriff and attend court as deputies of the sheriff," Justice Josiah Dennis Coleman wrote on the court's behalf.

The attorney for the judges had argued in court papers that the sheriff cannot remove bailiffs from the courthouse for non-judiciary related tasks and that once a bailiff has been assigned to a judge, the bailiff cannot be fired or transferred without the judge's consent.

Judge Green and Lewis have had a rocky relationship since Lewis became sheriff in 2011. Green called a grand jury in 2013 following several incidents at the Raymond Detention Center, including an uprising that left a housing pod unusable, the subsequent death of a prisoner named Larry David McLaurin and other incidents of unrest.

Sheriff Lewis was not available for comment this morning.