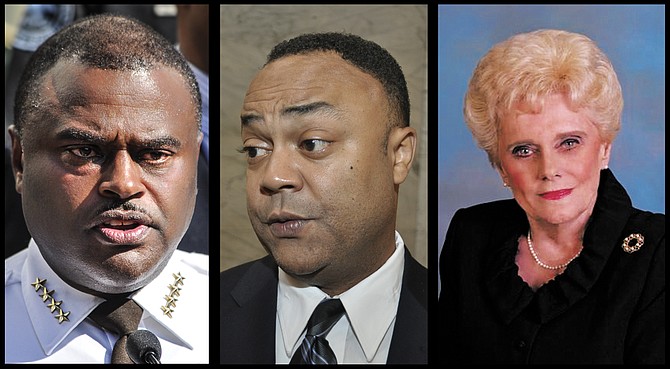 As statewide candidates garner most of the attention from pundits and observers, three of the top jobs in Hinds County government are also drawing challenges, which could set up interesting contests in the Democratic primary election.

Victor Mason, a former member of the Hinds County Sheriff's Office and Jackson Police Department, told WLBT he plans to run for county sheriff. An investigator with the Mississippi attorney general's office, Mason cited three years of chaos under sheriff Tyrone Lewis, who has not announced his intentions to seek reelection, as his reason for running.

Zack Wallace announced a fundraiser via his Facebook page for his campaign for Hinds County circuit clerk. Wallace has been a top deputy to longtime Circuit Clerk Barbara Dunn, who also has not announced whether she would seek another term. Dunn has sometimes come under fire for her management of the clerk's office. In September, the Jackson Free Press uncovered rooms full of records on the courthouse, some of which were exposed to water damage.

Although he has not made it official, Stanley Alexander, a former Hinds County assistant district attorney now working for the state attorney generals's public integrity office, is rumored to be eyeing a run for Hinds County district attorney, a position Robert Shuler Smith has held since 2007. Smith ran for reelection unopposed four years ago.

Candidates have until Feb. 27 to qualify for state and county elected offices.