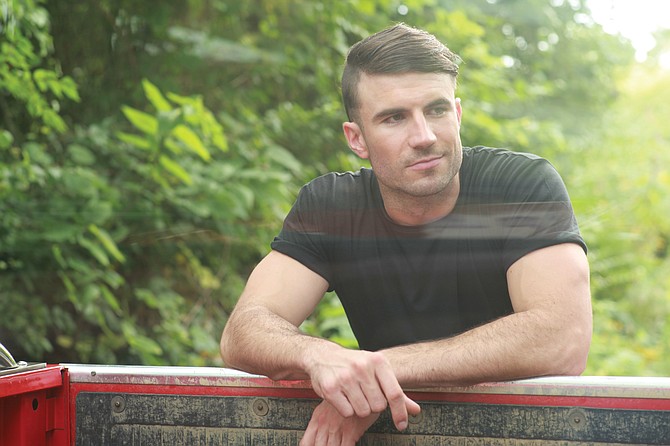 Watch just about any music awards show, and you'll find that there aren't many actual "new artists." Most musicians spend decades toiling away at their craft before receiving any sort of recognition. Notice I said "most."

Country singer-songwriter Sam Hunt has only been performing for about seven years, but he's already made a name for himself as a certified hit-maker. After moving to Nashville in 2008, he co-wrote several big songs for established artists, including Kenny Chesney's "Come Over," Billy Currington's "We Are Tonight" and Keith Urban's "Cop Car." The latter also appears on Hunt's debut album, "Montevallo," which he released last October.

While Hunt taught himself to play guitar during college, he had no intention of becoming a songwriter. Throughout high school and college, the Cedartown, Ga., native focused on sports. He was a starting quarterback for two years at Middle Tennessee State University and for another two years at the University of Alabama at Birmingham, where he graduated with a bachelor's degree in philosophy in 2007. He even spent some time with the Kansas City Chiefs, but soon after, Hunt chose to bench his football career and pursue music.

"I started writing songs just out of the newfound passion I had for music after picking up a guitar and learning to play," he says.

Admittedly, Hunt didn't have much practice with live performance before settling in Music City. After college, he began booking local gigs wherever he could, but Hunt says most of his stage-time occurred over the last 18 months of touring to support "Montevallo." The album has been a learning experience and, thankfully, an uplifting one.

"When the album was coming out, being a new artist, I figured it would take a lot of time. Luckily, it did well right off the bat, which I attribute to touring and releasing free music over the past few months," he says.

Hunt's long-time fans will note that his signature blend of urban-pop and classic country elements has gained favor in popular music, but a few years ago, that wasn't the case.

"When I first moved to town, I really didn't have any rules about how I should be writing, and that naturally came out," Hunt says. "... After listening to what everyone was doing in town, I kind of second-guessed that style. I wondered if it would fit. For a while, I wrote songs that sounded more traditional, but most of it never authentically represented me as an artist."

With his first full-length release, Hunt decided to embrace his style, which combines the best of his musical tastes. His love of hip-hop informs many of his songs, such as "Leave the Night On" and "Single for the Summer," with electronic beats and speedily delivered lyrics. When it comes to the content, though, Hunt turns to folk singer Steve Earle, whose music inspired him to write more visually.

Audiences are certainly responding to the "new" Hunt. His show at Hal & Mal's on Saturday, Feb. 7, sold 1,000 tickets in under a week, and it's one of 14 already sold-out shows on his Lipstick Graffiti Tour. For Hunt, it isn't about how many units he sells, though. He's finally doing what comes naturally, and the fact that listeners are responding is an added bonus.

"I don't look at the numbers," he says. "I try to gauge by live shows and enthusiasm—how many people come out and sing the songs back, things like that. I take that as an indication that folks are finding the album and enjoying it."