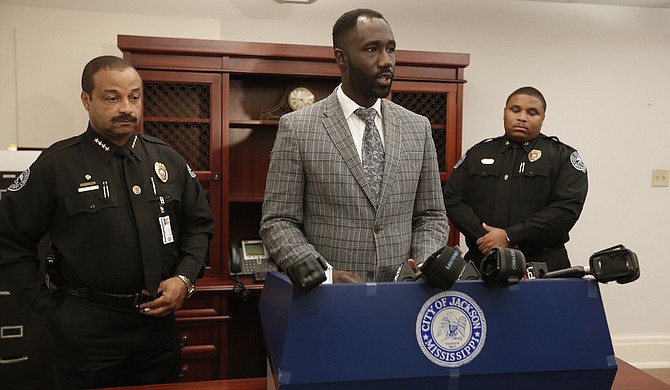 Jackson police expect no more than one to two arrests to follow the firing of what City officials have said could be up to seven public-works department employees later today, Dec. 18.

Earlier this week, the City announced that after Mayor Tony Yarber and Kishia Powell, the director of public works, were tipped off, a Jackson Police Department investigation resulted in the arrest of two City workers.

In both cases, City officials say the men, who worked in the field as water-meter installers and readers, are accused of stealing water at their private residences. Shelia Byrd, a spokeswoman for Yarber, confirmed that a number of employees of the water-billing department would be fired by the end of the day. JPD Chief Lee Vance told the Jackson Free Press this morning that it's unlikely that more than one or two arrests will follow.

Yarber was alluding to the fact that public-works officials have received complaints from elderly residents that water shut-off workers attempted to "hustle" homeowners into paying them "to hook them up," as Vance put it. Yarber also said there is evidence of at least one residence that has received water since the 1970s without paying.

Loss of water has been a nagging problem for Jackson. In addition to losing as much as 40 percent of its treated water to leaky and failing pipes, ways around paying your City water bill are an open secret. In February, Raftelis Financial Consultants, a firm the City hired to audit its water revenue, found after a review that the potential for fraud exists at the water-billing department in a number of ways.

These included field tampering, falsified meter reads and disconnected bribes, as well as payments made at the water-billing department that were not deposited into the bank. Subsequently, the Jackson City Council hired retired officials from the Internal Revenue Service and Federal Bureau of Investigation to probe the water-collections department. Ward 4 Councilman De'Keither Stamps said today that the probe is ongoing and looks at deeper systemic issues in the water department.

"I don't want anyone to think we arrest two people and think the water-revenue issues are solved," Stamps said.