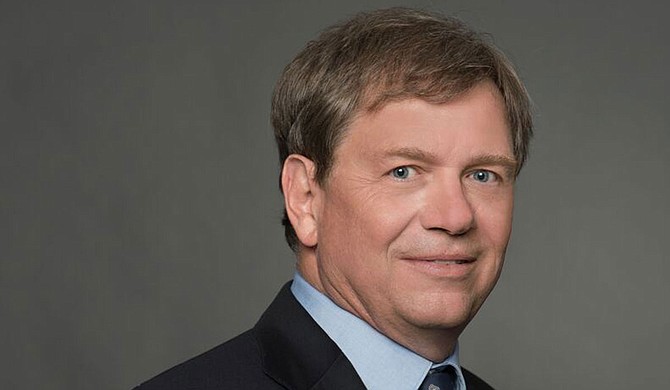 Sam Begley, 55, a well-known player in Democratic Party and political circles who is usually trying to help someone get elected, said he wants to be an "activist legislator," fighting for the city of Jackson.

"The things that we're doing inside the city are big deals for the state of Mississippi," Begley said, referring to economic-development projects such as the Westin in downtown that recently broke ground.

Begley faces community activist Kathy Sykes in an Aug. 25 runoff, and said he would like to serve on the House Ways and Committee, which oversees taxation. Because he's a lawyer, he would also sit on one of the House Judiciary committees. Begley recently spoke with the Jackson Free Press about his positions.

Do you have any particular thoughts on the state Supreme Court decision on school funding Initiative 42A?

I have not read the court ruling, but I know that (Initiative) 42 supporters were hoping that alternative language was not used. I think it's still a difficult effort because of the confusion with the alternatives and how you get to the majority needed to pass the initiative.

Pass or fail, Initiative 42 would need to go through the Legislature. How would you use your voice as it goes through the legislative process?

Regardless of whether Initiative 42 passes, we do have a formula in place, and that's the (Mississippi) Adequate Education Program. Nobody's really told me that formula needs to be changed. So you've got the standard by which the Legislature can determine the level of funding.

It would seem that the easiest thing would be to appropriate the money to fully fund MAEP. I've asked the question of well-meaning people on different sides of the aisle: Is there anything wrong with the MAEP formula that needs to be tweaked? I don't really get an answer saying we need to throw that thing out and come up with a new way of calculating what an adequate education is.

You have a right to a public education that's embedded in the state constitution and public policy. The Legislature has a responsibility to treat public education like an entitlement not unlike Social Security or Medicare at the federal level.

You have to fund what public policy has decided what children are entitled to.

And it's not much—it's just a sea-level education, just the basics.

Switching gears to Medicaid expansion, do you see a way for compromise between the Democratic and Republican positions?

Yes, and you've seen it in other states where you have a Republican governor or legislature or different combinations (of the two). Mississippi is probably more acutely in need of implementing Medicaid expansion because we're so poor, and hospitals and other providers are feeling the crunch. I'm hopeful that a second-term governor and a second-term lieutenant governor and others would look at public health and see that it's a really no-brainer and a good bet given the 90 percent (federal) match.

So you think the politics will work better once we get through this cycle and President Obama is gone?

At some point, the medical sector and business community in general will say, 'Get off this ideology, and we've got to look at this practically.' We've got to make sure our hospitals and clinics are funded and our workers are provided with health care.

The Medicaid expansion is one way to do that. The expansion is for people who work. They're too poor to get into the (health-care) exchange, or they don't qualify through Medicaid proper, but they're working people. They're contributing to society and paying taxes that support the funding for Medicaid expansion. It's ironic that we let those taxes go out the door and support Medicaid expansion through the Affordable (Care) Act in other states.

Are you hearing from people in the business community about how they can help advocate for either health-care access or public-education funding?

More in the public-education field, I think you've seen some rallying. Some of that might be tied to personality. Jim Barksdale is bigger than life, so when he weighs in and writes an op-ed piece, everybody stops. We're reminded that he was Gov. Bryant's first economic-development director. I think the business community is waiting for the hospitals, particularly in the rural areas, to start crying uncle.

District 70 is downtown and home to a lot of businesses. What are the priorities there?

One, the downtown stakeholders depend on the municipal government to provide a water-sewer system that works, streets that work. The extent that (the) state government has some responsibility to the seat of government, to the largest city, to address infrastructure issues, we're interested in that. Then we were interested in making sure our office buildings are occupied, and we aggressively sought to have state agencies lease space for business, which we thought was a bargain for the state and also kept those buildings on the tax rolls.

The Capitol Street project needs some additional funding to finish out. With the (bi-) centennial of Mississippi, we're interested in renovating Smith Park, which is a not a large dollar figure but could mean a lot to have a park that's more user-friendly. We're interested in watching Jackson State grow. It's been a great story to see all of those facilities and buildings modernized on campus. It's helped contribute to the growing enrollment; it's an attractive campus.

To have one of the buildings open up downtown is interesting. In my lifetime, to see Jackson State, which was barricaded off from the rest of the city, open and moving toward downtown, it's a wonderful thing.

The City of Jackson has asked the Legislature for help. What do you think about these tools as a means to help Jackson?

We've got to make the case that investing in Jackson is a very good investment. When you do that, if you provide for good streets and good infrastructure, it will attract economic development because generally speaking people want to move back into cities, and they want to live in downtowns if they're habitable, but we need to fund repairs to an aging infrastructure. We can get a second wave of development with more people inclined to move into the city if we've got the structure and skeleton to make them happen.

Any of those tools more appealing than any others?

If I was the governor of Mississippi, I would think it's a shame that its capital city is operating under a consent decree with the U.S. EPA for the water-sewer system, particularly because the sewage-treatment facility is a regional facility that not only treats Jackson but a large portion of Rankin County and south Madison County, too. That's where the state ought to be heavily involved in getting those affairs in order, and that's largely by looking at the path to get out from under that consent decree through making expenditures. Those are good capital expenditures that will have a return on investment for the metropolitan area. You have to have good water and sewer and infrastructure if you're going to attract business to central Mississippi.

International businesses are interested in what the central-business district, what the capital city, looks like. You can't make some excuse and say just leave that alone and come over to Pearl. That's not how someone coming from a European capital or Far East capital thinks of a state. They look at what its capital looks like. I think the state government leadership is missing the boat in not embracing that notion.

Sam Begley's runoff opponent, Kathy Sykes, canceled her interview for this issue and did not respond by press time to reschedule. See jfp.ms/2015elections for her questionnaire answers and other election interviews.