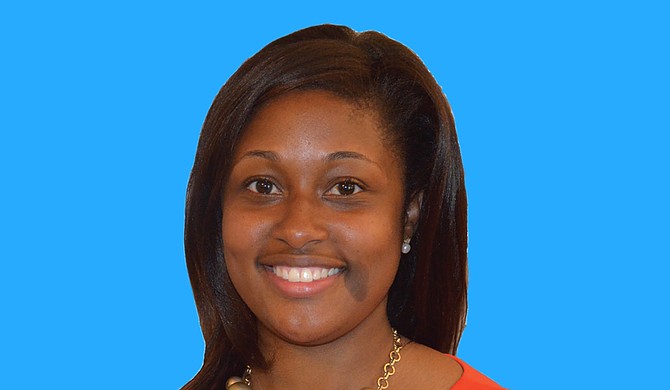 State Rep. Lataisha Jackson, a Como Democrat, points to the experience of Florida, which is reconsidering its third-grade gate testing, as a reason Mississippi should have postponed the testing. Photo courtesy Mississippi House of Representatives

It always happens—just when a fad arrives in Mississippi, the fad's progenitors become less enamored of it.

Take the so-called "third grade reading gate"—which requires students to pass a literacy test before moving to the next grade—now under way around the state.

Two years ago, at the urging of Gov. Phil Bryant, the Legislature passed the Literacy Based Promotion Act, but to the consternation of Democrats and other education advocates, minimal funding to implement the program came with the legislation.

Now some public-school leaders say they're frustrated because they haven't been told what a passing grade is for the test. Legislators passed the Literacy-Based Promotion Act in 2013 despite concerns of public-education advocates over the lack of adequate funding to hire reading coaches. After a legislative effort to postpone the tests failed during the session, the testing began this week and will conclude April 23.

"It's going as smoothly as it can go," Dr. Cedrick Gray, the superintendent of Jackson Public Schools, told the Jackson Free Press of the testing.

Gray said that because the district wasn't told ahead of time what score students need to pass, it was difficult to prepare them for the exam.

Citing figures from the education and labor advocacy group Southern Echo, Gray said JPS could have to retain up to 40 percent of the district's 2,100 third-graders. Another study from the Mississippi Association of State Superintendents predicted a retention rate of 28 percent of third-grade students.

The JPS superintendent's complaints are similar to concerns that have emerged in Florida, which implemented its third-grade literacy test under Gov. Jeb Bush, who is likely to run for president. Now, a push is under way in Florida to move away from the third-grade testing.

Republican state Sen. John Legg introduced a bill in that state to review the effectiveness of the testing.

"It is only appropriate to take a moment to evaluate the status of the testing rolled out this week to determine if we need to adjust the bill further," Legg said of his bill in a press statement.

Mississippi Rep. Lataisha Jackson, D-Como, points to the Florida legislation as one of the reasons she proposed a measure in the past legislative session to hold off on the third-grade literacy test for one year. Jackson's amendment passed the House, but died in a Senate committee.

"Not having a cut score is frightening to administration because you don't know how to prepare students," Jackson told the Jackson Free Press. A "cut score" is the score that determines whether a student will pass or be detained in the same grade.

Dr. Kymyona Burk, the state literacy director for the Mississippi Department of Education, explained that establishing standards after testing is completed is customary. After the tests conclude April 23, a 25-member panel will convene to establish the standards, including the so-called "cut score" for the tests.

Before the next school year, students will have two more chances to retake the test before having to repeat the third grade.

JPS and other schools asked the Legislature to delay testing for one year to have more preparation time. The fact that lawmakers allocated only $15 million to hire literacy coaches drew criticism from Democrats.

Dr. Gray could not recall how many literacy coaches JPS hired with its portion, but said the district used some of its own staff for coaching.

Information from the Mississippi Department of Education released this week shows that the agency surpassed its goal of 75 coaches. With an addition of three literacy coaches, MDE would be able to add 38 schools to those the agency can serve, from 87 to 125.

Burk, whose daughter is in the third grade, takes exception to claims that MDE kept school officials in the dark, saying that the agency held a webinar in December and sent sample test questions to schools and parents.

"We've done a lot over the past 19 months or so" to prepare parents and school officials for the third grade test, Burk said.

Jackson said she has continued fielding calls from parents all over the state who are nervous about the testing and the prospect of their child failing.

"It's like giving someone a ticket, but you don't know the speeding limit," Jackson said.

"We didn't think everything through when we passed this in 2013."