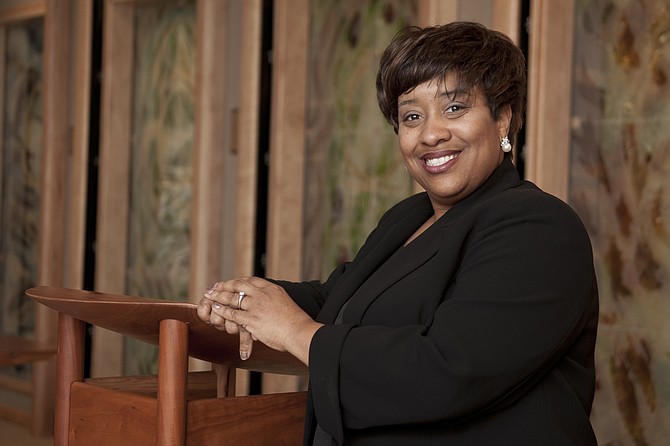 The word pastoral has several meanings. In one sense, the word means to give spiritual or religious guidance. In another way, it evokes the shepherding of grazing animals.

Doris Whitaker, the head chaplain at the University of Mississippi Medical Center, does both in a way.

"When we see patients, we see them as chaplains," Whitaker said through a UMMC news release. "A pastor is generally more evangelical. We are there to comfort them, and to be present with them.

Commissioned by the Church of God in Christ in 2004, Whitaker is the new director of the hospital's pastoral services, where she heads up a staff of four chaplains—one of whom is on call around the clock—for patients and families as well as hospitals staffers. There, officials describe her role as comforting the families of premature babies, hugging the chronically ill and being a presence in the emergency department simply to lend a listening ear.

"Some may ask for prayer. The patient has to open that door, and when I pray with them, I pray from my Christian faith. ... But, I've dealt with a Wiccan. I've said an atheist funeral. We have to go with the flow, and we're not there to proselytize," Whitaker said.

Whitaker is originally from Chicago and joined UMMC in 2010. Fellow chaplains include Linda McComb, Jeff Murphy and Timothy McGregor—each of whom is an ordained minister—and her yet-to-be named staff replacement.

Daynelle Lee, Whitaker's supervisor and director of respiratory care and associated clinical services, calls Whitaker a charismatic and passionate person who has "sparkle."

"She has a true calling, and the way she communicates is really unique," Lee said. "She has a way of carrying a positive message."

Whitaker also has plans for pastoral services. "She has a vision to expand our pastoral care," Lee said. "She has brought a lot of good ideas to the front and has gotten a real buy-in from her peers. She truly believes in what she is doing."