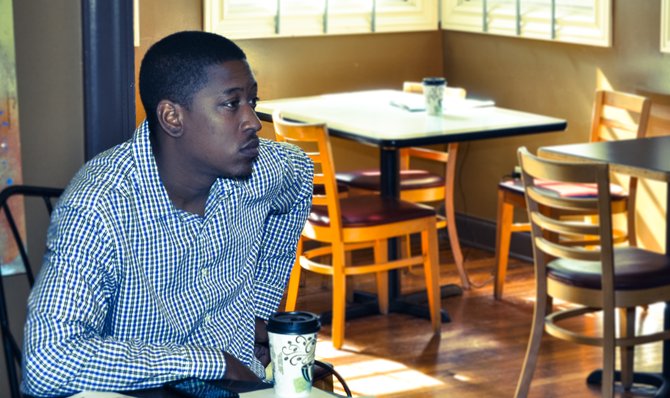 Today, Albert Sykes remains involved with the Young People's Project and is one of the organizers of the Freedom Summer Youth Congress and Freedom Fest, which coincides with the 50th anniversary of Freedom Summer this year. Photo by Trip Burns.

Albert Sykes grew up in west Jackson the next block over from the street where Medgar and Myrlie Evers lived, but says he never had a real connection to the Civil Rights Movement until he was in the sixth grade and met Bob Moses.

Moses was the former leader of the Student Nonviolent Coordinating Committee and started the Algebra Project in 1982 to help improve math education for kids of color.

Today, Sykes remains involved with the Young People's Project—an outgrowth of the Algebra Project—and is one of the organizers of the Freedom Summer Youth Congress and Freedom Fest, which coincides with the 50th anniversary of Freedom Summer this year.

During the Freedom Summer of 1964, young people gathered in Ohio for orientation sessions before boarding buses to head to Mississippi to do justice organizing work. Sykes said that this time around, Mississippi will act as the training ground for young organizers before they are dispatched to locales around the nation.

A special effort will also focus on raising money to offset the $50 registration fee for local students in Jackson.

Lately, the challenges facing kids in the capital city seem to be getting bigger. In the past few weeks, a rash of homicides, including a 3-year-old who was hit by a stray bullet, has fueled a greater conversation about curbing youth violence in Jackson.

Sykes told Jackson Free Press that people do not commit violence for the sake of committing violence, but that there are often deeper issues that are easier for adults to complain about that to understand.

"People have to dismantle their fear of young people," Sykes said.

Organizers of the youth and young adult congress hope to start that process with a conference that focuses on youth, community organizing, and building political power, which will include training on mounting, staffing and funding political campaigns at the local and state levels. Part of the plan includes encouraging young people to run for elected office.

Oppenheim, an advocacy coordinator for the ACLU of Mississippi who was appointed to the Jackson Public Schools school board in 2013, stressed that the invitation to participate in the Youth Congress is open to high-school and college-age students whether they're in school or not, Oppenheim said.

"We're a community, and every piece matters," Oppenheim said.