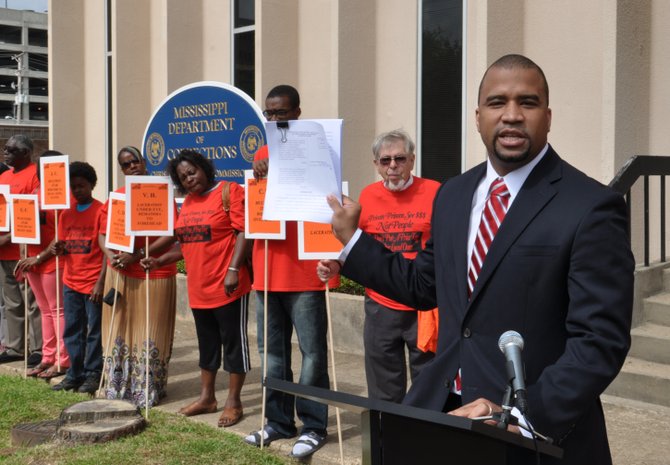 After receiving a reprimand for its management of the Henley-Young Juvenile Justice Center, Hinds County officials have come up with a solution to the ongoing legal problems, one that has raised sharp criticism from youth advocates.

In late April, U.S. District Judge Daniel P. Jordan found Hinds County in contempt of court for failure to comply with a 2012 settlement over abusive conditions and lack of access to educational services at the youth detention center.

At the time, a federal court ordered the county to improve in more than 70 "areas of deficiency" that ranged from basic cleanliness to expanding mental health and rehabilitative services at the 84-bed facility; a monitor was appointed to document the progress.

However, those monitoring reports show—and attorneys for the plaintiffs agree—that little progress has been made.

Jordan agreed as well. As a result, he not only extended the consent decree for two more years but also found that the county was in contempt of court.

In his order, Jordan wrote that while the initial two-year deadline was probably too little time to make all the needed fixes, "many of the 71 requirements should have been accomplished long before now."

"(W)e are faced with a large task and possible incompetence. That said—and this needs to be clearly understood—the progress thus far is unacceptable," Jordan wrote.

Under that arrangement, which could take effect as soon as June 1, the county would maintain the physical building but the detention center's administrator would report directly to Skinner. Currently, Henley-Young Administrator Brenda Frelix reports to Hinds County Administrator Carmen Davis; Davis reports to the five-member board of supervisors.

Hinds officials have long complained that the involvement of several agencies—the county, the courts and Jackson Public Schools—in Henley-Young's operation creates a bureaucratic nightmare, making it hard to comply with court orders.

Jody Owens, managing attorney of the Mississippi Southern Poverty Law Center, which represented plaintiffs in the 2012 suit, called putting the youth detention center under Skinner's direction "crazy" and a "conflict of interest" because children require specialized care and mental-health treatment.

"There are people who specialize in youth detention, and Judge Skinner does not fit that mold," Owens said.

Besides, Owens points out, Skinner was in charge of Henley-Young until 2009 when the Hinds County Board of Supervisors stripped him of that authority amid questions about his management of the facility. District 1 Supervisor Robert Graham said at the time the board "received information that we believe were federal violations regarding the operation of the center."

The Mississippi State Supreme Court sanctioned Skinner in August 2013 for issuing a pair of bench warrants in a child-custody case that he'd recused himself from because a court employee was related to one of the litigants. The state's high court found Skinner had abused his power and suspended him for 30 days without pay and a $1,000 fine.

Owens said SPLC attorneys could take Hinds County back to court in less than six months if they do not see substantial progress on the consent decree's benchmarks, which the county must still meet no matter who is running the detention center.

"They can't pass their accountability to Judge Skinner," Owens said.

Turning it over to Skinner is the worst idea they have had yet. He shouldn't even be allowed to be on the bench due to some of the violations of parents and children's rights he's allowed to get away with from the bench.