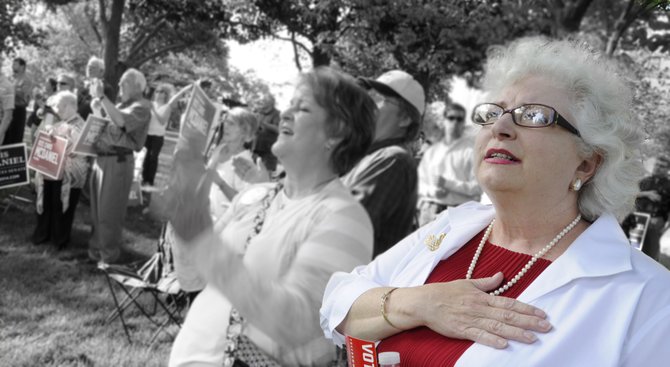 JACKSON — Supervisors in Hinds County say they're eager to get to the bottom of the Election Day scandal that cast a pall over the June 3 Republican primary for the U.S. Senate between incumbent U.S. Sen. Thad Cochran and state Sen. Chris McDaniel.

District 1 Supervisor Robert Graham has asked the district attorney to launch an official investigation into why three Republican political operatives spent more than an hour in the Hinds County Courthouse before calling for help. This morning, Graham sought legal advice from the board attorney on whether the Board of Supervisors could take any action separately from county prosecutors.

Graham said he has fielded calls from constituents wondering why no arrests were made and has heard statements that a public official, whom Graham declined to name, may have let the trio into the building.

"There are a lot of questions," Graham said this morning. "The public has a right to know, and are demanding to know, the truth."

Early on the morning of June 4, a local tea-party officer and two other people say they went to observe vote-counting and were trapped in an empty Hinds County Courthouse for more than an hour.

Janis Lane, Scott Brewster and Rob Chambers—all McDaniel supporters—entered an unlocked door and, when they couldn't find their way out of the building, called Hinds County Republican Party Chairman Pete Perry. Brewster works as coalition director for the McDaniel campaign. Chambers works for the lobbying arm of the Mississippi Baptist Convention. Officials with the Hinds sheriff's department, which is responsible for security at county buildings, have declined to pursue charges against the tea-party officials.

Picking up just a handful of voters who sat on the sidelines earlier this month could be the clearest path to victory next week, which is evident in the strategy the veteran, Cochran, is using. Cochran's resume looks moderate compared to McDaniel, one of the leaders of the conservative caucus in the state Senate, but is stoically conservative all the same. Yet, the six-term Washington power broker is going hard after votes in the capital-city area.

Apparently, the strategy is paying off. Chism Strategies, a Democratic polling firm, has a new poll showing Cochran with a 1-point lead over McDaniel, which is comfortably inside the margin-of-error, but represents a 4-point swing from an earlier Chism poll conducted just days after at the June 3 election that had Cochran trailing by three.

The razor thinness of the race highlights the importance the courthouse caper and the potential for the majority-black and majority-Democratic county to determine the outcome of the election. On June 3, only about 1,500 votes stood between McDaniel, a Laurel native, and an upset of Cochran. The contest was a draw and forced a June 24 runoff.

District 5 Supervisor Kenneth Stokes said he was concerned that the courthouse, one of the busiest in the state, is dimly lit at night and does not have working 24-hour security cameras.

"If you're in a bank after hours, it's not trespassing—it's attempted robbery," Stokes said. "To be in a courthouse after hours is not an accident."

Pieter Teeuwissen, the Hinds County board attorney, said although the board has superintending authority of county buildings and some subpoena powers, he advised supervisors to confer with attorneys from District Attorney Robert S. Smith's office before taking any official action, including drafting any new security policies.

"This is an important race, and we need to make sure no shenanigans have taken place," Stokes said.

This is a much ado about nothing report when the real scandal is the lack of transparency by the Hinds County elections officials who have still not reported the precinct results for the primary as have most other Mississippi counties. It was also hard to understand why Hinds County for most of primary election night did not report its total vote count. By the standards of most elections officials Hinds County failed miserably in reporting election results.