Nissan: Part of New Supplier Park to be Complete this Year 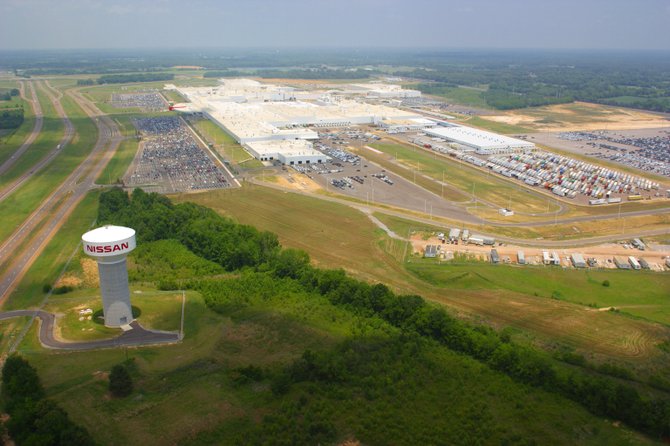 Officials with Nissan North America's Canton assembly plant said that part of a supplier park, which the company broke ground on in 2013, is scheduled to be completed by the end of the calendar year.

Plans call for a logistics center that would have multiple uses, including receiving production parts, outbound returnable containers and supplier operations. Young said that the park would enable Nissan's suppliers, some of which are Mississippi-based, to be closer to the automotive manufacturer.

Nissan, which began operating in 2004 with the assistance of a bundle of incentives from Mississippi taxpayers, has 5,600 employees working at its 4.2 million square-foot plant in Madison County.

The Nissan moves come amid a wellspring of interest in Mississippi from automobile companies and parts suppliers. In 2011, Toyota started making its popular Corolla model in Blue Springs. In the fall of 2013, Yokohama Tire Corporation broke ground on a $300-million plant in Blue Springs.

Recently, Gov. Phil Bryant's office asked the U.S. Army Corps of Engineers for permission to build a 5.2 million-square-foot facility in western Hinds County, between Clinton and Bolton. Wide speculation exists that a tract of land of that size would most likely be for an automotive manufacturer or a supplier, but Hinds County and development officials have been mum on specific companies being courted.

Such projects have typically attracted intense debate about whether the tax breaks, which divert cash that ordinarily goes into the state treasury, are a good deal for the state or its workers.

Nissan is currently at the center of an organized-labor fight as the United Auto Workers organization has been working to establish a union to bring higher wages, better benefits and improved working conditions.

For its part, Nissan claims that it offers great jobs that pay $9 more than most manufacturers, makes generous charitable contributions to community organizations and has an open-door policy that lets workers talk openly to their managers about workplace problems.

Young told the audience at Koinonia Coffee House this morning that the company respects the right of their employees to unionize, but noted that, so far, workers have not decided to form a union.