Michael Flynn on the Farthest Limb 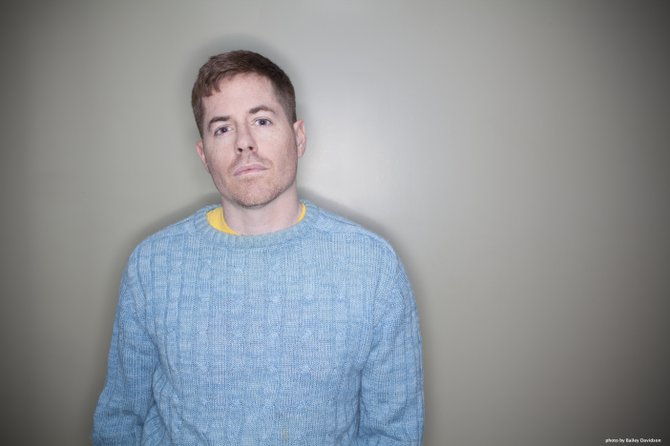 Singer-songwriter Michael Flynn stretches beyond the scope of anything he’s ever written for his solo album “Face in the Cloud.”

Independently releasing a record is hard work. It often means long tours, even longer hours and enough sleepless nights to last a lifetime. Singer-songwriter Michael Flynn, 37, of Charleston, S.C., opted out of that whole scenario.

Currently on hiatus with his band Slow Runner, which he and co-songster Josh Kaler affectionately and only semi-jokingly refer to as "dork pop," Flynn's first solo release sees him taking a different approach. When Kaler moved to Nashville to pursue recording opportunities and perform as a gun-for-hire instrumentalist, effectively closing the book on Slow Runner for the time being, Flynn realized what that meant for his music.

"We've always come at things from different sides," Flynn says. "There's been a sort of tension that helped shape Slow Runner songs. I'll be like, 'Let's go out on this branch over here,' and Kaler would say, 'Well, let's sort of rein that in and do this.'"

Flynn says that the songs on his solo album "Face in the Cloud" didn't lend themselves to that type of collaboration, and the thought of having a fresh start, with no obligation to making the music "sound like Slow Runner," was liberating. He compared it to painting a room. "You slowly color in the walls as you create stuff," Flynn says. "I went from a room that was all colored in, having to get up on the ceiling to find free space. Now, suddenly, I have no history. I'm the mysterious stranger across the room again."

Part of what separated Slow Runner from other indie-rock/pop bands was Flynn's lyrical prowess. But what separates that from Michael Flynn? "Lyrically, this album is a lot of me discovering new types of song templates besides trying to convince the girl across the room to like me," he says.

"I don't want to write 'Butterfly Kisses.' I hate that," Flynn says. "It's all on the nose and just bad. I don't want to hear that sh*t when I'm listening to music! I'm starring in my own movie over here, and this is the soundtrack."

Still, Flynn seemed fated to fit fatherhood into his music. "I didn't want to do that, and yet my entire life revolves around caring for this little blob," he says.

"So I couldn't not write about it. It was all I could write about, at least until I got the gears unstuck." However, Flynn's version of parenting certainly avoids the typical sappy outcome. His single "Holy Ghost" is a fantastic example of sidestepping expectation. And "Butterfly Kisses" it is not.

"'Holy Ghost' to me is about being the dad of a month-old child," Flynn explains. "I'm just a blurry figure in the background who isn't Mom. But I'm also this little thing's god. I'm the bringer of sleep and food. Everyone who hears it says, 'Cool, it's a weird, creepy love song.' And I'm like, 'Um. Well, it's not that.'"

Flynn has always laced humor throughout his music, but when marketing "Face in the Cloud," it was less like lacing and more like knitting a whole sweater and matching gloves. As a video teaser for his album, Flynn replaced the soundtrack to the dramatic basketball-game ending of Michael J. Fox's "Teen Wolf" with his song "Winsome Lonesome." It worked surprisingly well. He's also beginning a small radio campaign—one he plans to bring to a station in Oxford, Miss.— and is releasing videos each week of himself and his friends performing the songs to increase attention.

Unfortunately, videos and radio-play are two of Michael Flynn's only options for the moment, as Michael recently discovered that his wife has breast cancer. This has, of course, truncated any travel plans he had in regards to the record, but he's still confident in "Face in the Cloud."

"It's sort of a big experiment, seeing if it's possible to release and promote an album without leaving your house," Flynn says. "I hope so."