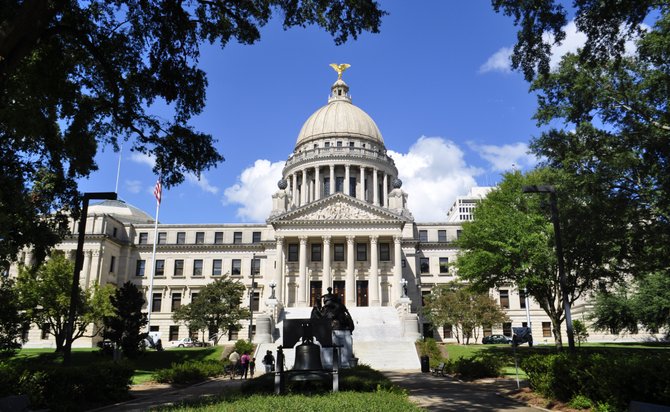 Education is the hottest topic this week as the Mississippi Legislature starts the process of assembling—and debating—the state budget. Photo by Trip Burns.

Education is the hottest topic this week as the Mississippi Legislature starts the process of assembling—and debating—the state budget.

This morning, the House picked up where it left off: considering bills to appropriate funds to various state agencies. Rep. Johnny Stringer, D-Montrose, attempted several times to amend agency budgets so state workers could get a pay raise. Yesterday, Stringer offered the same amendment more than a dozen times, unsuccessfully each time in the Republican-led House.

Frierson said the state can't afford the $39 million plan required in Stringer's proposal, which would spend about $1,000 per state worker.

Under the recommended budget for fiscal year 2015, which begins July 1, teachers are in line to receive a raise, but employees of most agencies are not. Frierson said top budget writers talked about including a raise for most workers.

"We wanted to do it. And we ran out of money," Frierson told the House.

Stringer said many state employees haven't had a raise in seven years. He was Appropriations Committee chairman from early 2004 to early 2012, when Democrats held the House majority.

Rep. Alex Monsour, R-Vicksburg, pointed out that state workers' pay remained flat most of the years Stringer was the lead budget writer. That elicited a long "Whoa ..." from some House members, and Speaker Philip Gunn gaveled for them to be quiet.

"We didn't have revenue back then," Stringer said. "But the economy has picked up."

Lawmakers are entering the final weeks of writing a $6 billion budget for fiscal year 2015. This week, the House and Senate are considering early versions of more than 100 budget bills to fund everything from schools to prisons. The two chambers will exchange bills for more work, and negotiators have a late March deadline to agree on final details.