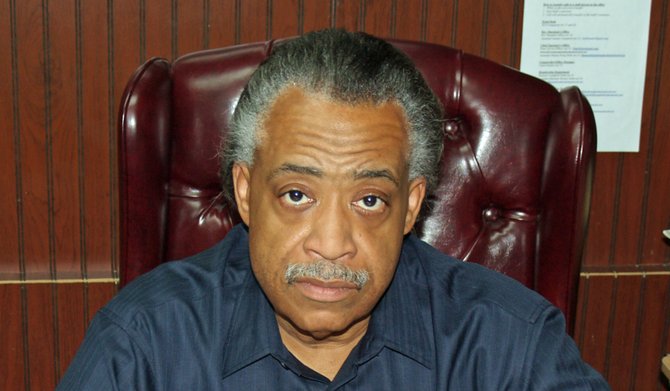 Despite having slightly different approaches during their activist careers, the Rev. Al Sharpton and Jackson Mayor Chokwe Lumumba are both legends of the American civil- and human-rights movements. Tonight, the men will share a stage to discuss an issue that people often do not consider a civil-rights issue: HIV/AIDS.

This evening, Friday, Feb. 7, Lumumba and Sharpton, along with activist Hydeia Broadbent, will participate in a town-hall discussion about HIV/AIDS as a civil rights issue.

Sharpton, 59, began his career as a speaker by acting as a 4-year-old preacher in his native New York City, touring with Mahalia Jackson when he was a child. Over the years, Sharpton has often been a key figure in a number of civil-rights issues. These have included the controversial Tawana Brawley case that involved a young black woman falsely accusing white men of rape, as well as the case of Amadou Diallo, an immigrant from Guinea whom New York City police shot and killed when he reached for his wallet, and protests of the U.S. military's test-bombing program on Vieques Island.

In recent years, Sharpton has also taken up the mantle of HIV awareness, particularly in the South. For a 2012 Huffington Post op-ed, he noted, "More than half of all new HIV cases in the United States are in the South, and blacks (who represent only 14 percent of the population) accounted for 44 percent of all new HIV infections, according to the latest figures."

Tonight at Tougaloo, Sharpton joins 29-year-old Hydeia Broadbent, who married one of her best friends at age 9. Born with HIV and abandoned at a Las Vegas hospital in 1984, Broadbent was diagnosed with full-blown AIDS by age 3. So little was known about the virus in the 1980s, much less how to treat it in children as young as Broadbent, that doctors did not expect her to live past the age of 5—to die before she could grow up and have a real wedding. So members of her adoptive family and supporters held a "friends for life" ceremony, complete with a white bridal gown, for Broadbent and her friend, Tyler Small, who also had AIDS. But Broadbent did grow up, and today is one of the most recognizable HIV/AIDS activists in the world.

Wrote Sharpton of the virus: "HIV/AIDS has no boundaries. It impacts every corner of the earth across all racial and gender lines. But the prevention and treatment often correlates with one's economic status, race or residency...(We) cannot fail to highlight our weaknesses in combating the disease here at home. Together, with the international community, we can renew our resolve."