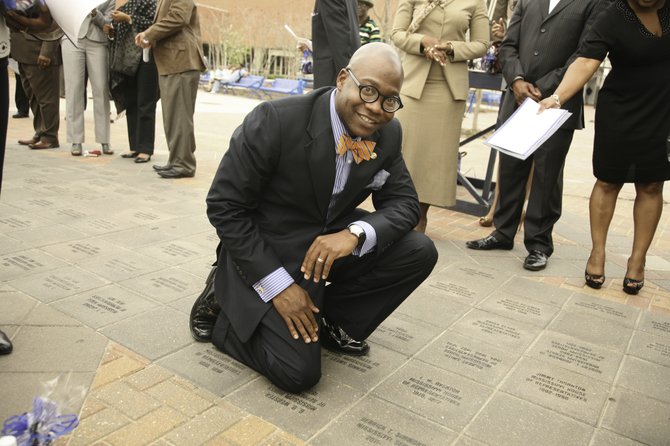 At around 3 months of age, after her nightly bath, Charlotte's eyes "started flickering," her father, Matt, told CNN's Dr. Sanjay Gupta for a documentary that aired Aug. 7, 2013. Physicians eventually diagnosed Charlotte with a rare, catastrophic form of epilepsy called Dravet Syndrome that often causes patients to die young. The Figis, who live in Colorado, tried a number of treatments, including acupuncture and special diets as well as powerful drugs like Valium and phenobarbital.

The only relief has come from small doses of an oil extracted from cannabidiol, also known as CBD, one of the active ingredients in marijuana.

Mississippi State Sen. Josh Harkins, R-Flowood, said a constituent whose 20-month-old child also suffers from Dravet syndrome and saw the CNN program reached out to him for help.

Because Mississippi state law does not yet differentiate between medical and recreational marijuana usage, Harkins agreed to attempt to change the law.

Experts say that the main chemical components of marijuana are tetrahydrocannabinol, THC, and cannabidiol. THC is a psychoactive chemical that make marijuana users feel high. By contrast, cannabidiol has no psychoactive properties and curbs the brain's excessive electrical and chemical activity, which results in seizures.

The measure, which has passed the Senate's Drug Policy Committee and Judiciary B Committee, excludes from Schedule I list of substances "processed cannabis plant extract, oil or resin that contains more than fifteen percent (15 percent) of cannabidiol and no more than one-half of one percent (0.5 percent) of tetrahydrocannabinol if the preparation does not contain recognizable seed or leaf matter."

Despite a few muffled grumbles from lawmakers, SB 2745 passed unanimously and is headed to the Senate floor for debate.

Harkins, who has two children, said he believes putting a child's face on the legislation has headed off any opposition from lawmakers who might otherwise believe the cannabidiol bill to be a slippery slope toward marijuana legislation.

"If my child were suffering like that, I would do what I could to help," he told Jackson Free Press.

One of the keystones of Gov. Phil Bryant's legislative agenda passed a hurdle as Judiciary B Committee of the Mississippi State Senate approved a bill to create a system of statewide violent-crime strike forces.

The House Judiciary B Committee passed its version of the strike-force bill, which committee Chairman Rep. Mark Baker, R-Brandon, sponsored on Jan. 29. Their Senate counterparts followed on Thursday, but not without several lawmakers raising a few pointed questions.

"Why is this even needed?" Sen. Derrick Simmons, D-Greenville, asked of SB 2774. Bryant has said the strike forces would assist local and state law enforcement officials by deploying to high-crime and gang areas. The plan involves spending $1.5 million per year for three teams, broken up into northern, central and southern districts, which would operate under the supervision of the state attorney general. Each district would also have a commander, appointed by Bryant and Attorney General Jim Hood, a Democrat.

The teams would have 12 to 15 members each; no member could earn more than $15,000 in overtime pay per year, the legislation states. Sen. Brice Wiggins, R-Pascagoula, had a similar concern about adding another layer of law enforcement. Wiggins offered an amendment so that the strike force could also benefit from seizures., which was successful, and the bill passed by unanimous voice vote out of committee.

'Are We Talking about Moonshine?'

The Mississippi Department of Revenue wants to pour beer down the drain. More to the point, DOR wants legal authority to dispose of light wine and beer that the agency seizes in dry counties from people selling booze without a license.

Kathy Waterbury, a department spokeswoman, told the Senate Finance Committee that DOR has seized so much beer that it's starting to pile up in their warehouses. If the bill becomes law, DOR would be able to sell the product at auction.

Waterbury added that because the expiration dates on much of it has passed, most of the beer is unsalable. Some senators winced at the idea of all that wasted beer, and passed the bill on to the full Senate.

My name is Wesley Edwards I work at Ole Tavern, and my wife is Jessica Edwards owner of Mellow Inc in Fondren, here in Jackson. Our daughter Hollis has a very similar condition to Charlotte. Jessica has tracked Charlotte for some time now and we feel this story. We have been praying for this bill to pass. Sen. Harkins is a good man as well as Sen. Terry Burton. Having never smoked one stitch of "weed" in my life I have never had a reason to go against or for it as a recreational substance. This oil however could save our daughters quality of life. All the drugs she has had to endure over her four years is almost heartbreaking alone. Most don't work or cause violent side effects. I don't understand if a person can look into the faces of our children and say "no we can't allow this medical alternative" solely based on it's connection with a certain illegal byproduct. Will too many Aspirin cause death? This oil contains the smallest amount of THC and bares no effects like it's ill-reputable "brother" in the family of cannabis. It has proven itself to help people with seizures. How can you look a little girl in the face and say "I know it helps honey, but but we just don't want to face the problem. We're sorry but not in our state because it comes from a certain plant. Or...how about...It's politics, I know your in pain, but it's too political''. If there is any way to convey this to the "powers that be" I hope they see this with open hearts. We will be on the door step of the capitol with our daughter when this bill, should it make it this far, hits our governors desk. I urge you and anyone who can make him understand to please do so. I've not done many good things in my life, but my daughter is my one ace in the hole. We love her so much. She deserves a chance to to be a little kid.